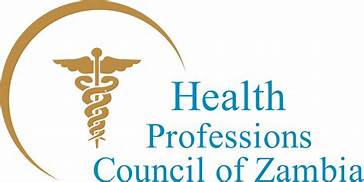 Health Professions Council of Zambia (HPCZ) has closed about 32 healthcare facilities for stocking and dispensing expired drugs contrary to the law.

TRANSPARENCY International Zambia (TIZ) has condemned the continued release and pardoning of former ministers from Zambian prisons. Speaking in an interview with the Lusaka Star, TIZ director Goodwill Lungu said TIZ had received with great dismay the release of former labour minister Austin Liato. He said government’s tendency of pardoning convicted former ministers serving prison sentences on the context of being sick is a form of political manipulation and an obstruction of justice.

THE Zambia Association of Musicians (ZAM) has expressed disappointment over the enforcement of holograms in the country. In an interview with the Lusaka Star, ZAM president Njoya Tembo, commonly known as Njoya Tee, said musicians in Zambia are disappointed as they expected a lot from the introduction of the hologram. “When the hologram came, we had very high expectations but the level of seriousness in its implementation is disappointing,” he said.

THE Zambia Institute of Marketing (ZIM) has expressed concern over the increasing number of unqualified people who pose as marketers in the country.   Speaking during the forum organised by ZIM, ZIM registrar and chief executive officer, Mapesa Musongole said it is the responsibility of ZIM to regulate the practice of Marketing and Marketing Education in Zambia.

A proposal by the Lusaka City Council (LCC) to introduce a policy that compels members of the public to produce National Registration Cards (NRC) on purchasing alcohol has cheered Lusaka parents. This policy proposal by LCC is a deliberate move aimed at reducing underage beer drinking in Lusaka. A parent and resident of Lusaka's Ngombe Township, Kunda Lwembe, welcomed the move by LCC and called on government to consider approving the proposal made by the local authority.