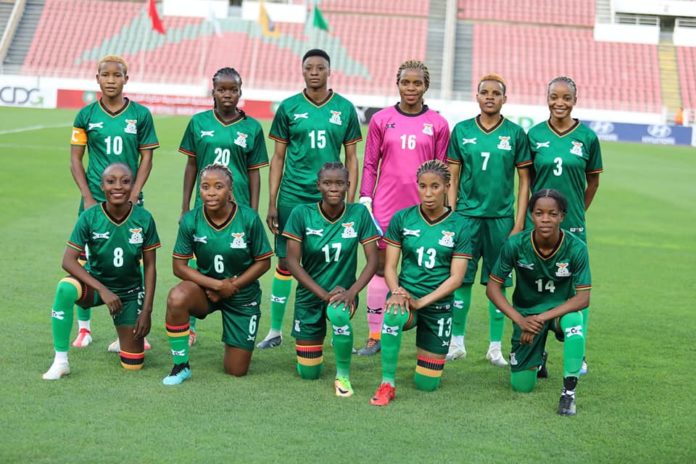 It is motivating to see the Football Association of Zambia (FAZ) and Ministry of Youth and Sports begin to invest in women’s football now as compared to the past years.

Over the years, women’s football was deeply overlooked and it took time for some people to fully see the glory that it can bring to the country.

Imagine where Zambia would have been if both the men’s and women’s national soccer teams had equal opportunities and investments as it is today.

Unlike in the past, government in May this year allocated 20 Million Kwacha to the Copper Queens while 21 Million kwacha was given to the Chipolopolo Boys in order for the two senior teams to adequately prepare for various continental engagements and also cater for players’ allowances.

This shows a positive change in the distribution of funds between the two teams, which is a huge motivation for the women’s team which has gone on to score huge achievements at international competitions.

Following improvements in logistical and financial support from FAZ and government, the women’s national soccer team managed to qualify to the 2020 Tokyo Olympics where Zambia was the only country representing the African continent.

The Copper Queens also managed for the first time to reach the semi finals at the 2022 TotalEnergies Women’s Africa Cup of Nations (WAFCON) held in Morocco. The ladies came out third.

The senior women’s national team semi-final berth at WAFCON allowed them to automatically qualify to the 2023 FIFA Women’s World Cup to be held in New Zealand and Australia.

The team ‘s qualification to the World Cup is a first in the country’s history, something which even the men’s senior team has failed to accomplish despite all the resources made available to them.

The women soccer team’s splendid performance at the 2022 WAFCON further made them move to position 80 from 103 on the latest FIFA rankings while they are ranked 10th in Africa.

Without the full support and financial resources made available to the Copper Queens by both FAZ and the Ministry of Youth and Sports, this great achievement by the team would have been nothing but a fantasy to both the team and the Zambian people.

With this kind of investments being made, the future of women’s football looks brighter, and like the famous saying goes “better your own Copper than another man’s Gold.”