Lusaka StarService with Excellence
HomeColumnsFocus PointSuper League’s failed football coup was a fantasy all along... 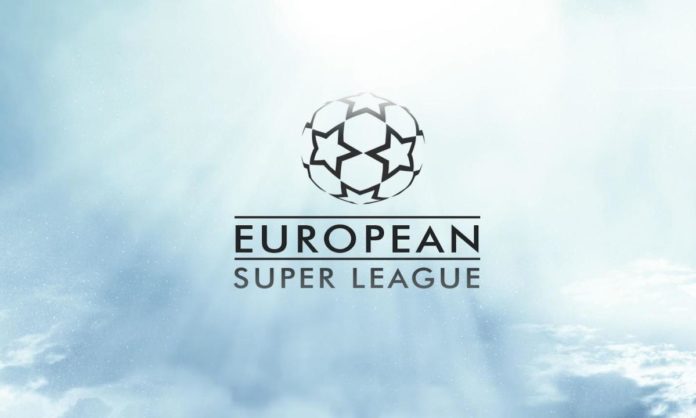 Twelve of Europe’s, and therefore the world’s biggest football clubs, have suffered massive and self-inflicted reputational damage after a proposed Super League began to spectacularly collapse on Tuesday evening.

A mere two days after six of England’s, and three each of Spain and Italy’s leading clubs announced the formation of the European Super League, the dirty dozen were beating a hasty retreat.

AC Milan, Juventus, Inter Milan and Atletico Madrid completed the soon-to-be infamous lineup of “founder clubs”. They came up with the genius idea of having a competition in which they were guaranteed entry every year, regardless of whether their performances stank worse than sweaty old socks

By Tuesday evening, all English clubs had pulled out of the Super League, as had Barcelona and Atletico. That number might have increased by the time you read this. Manchester United executive deputy-Chairman Ed Woodward had also resigned in the wake of the debacle and he was set to be joined by Juventus’ Andrea Agnelli.

The ravenous greed these clubs displayed, and the complete disdain with which they treated their own fans when revealing a tournament that entrenched their positions with no jeopardy, quickly backfired.

Football pundits, players, former players, managers, former managers, presidents and prime ministers slammed the idea that would see the rich get richer in a sport already obscenely wealthy at the top end.

There is a feeling that the leaders of massive football clubs, valued at billions of dollars, must be brilliant and innovative businessmen (and yes, they’re all men), yet it’s quite obvious that they weren’t all that bright.

And they certainly displayed almost zero EQ when it came to reading the anger the move would incite from their own fans, let alone rival clubs.

The entire episode has been an unmitigated disaster with the almost comical situation that similarly greedy and power-hungry clubs such as Bayern Munich and Paris Saint Germain have come out of this looking saintly and parsimonious. The two 2020 Champions League finalists did not join the breakaway and therefore are untainted in this gory abattoir of a plan.

Even giant broadcasters such as Sky in the United Kingdom, which engineered the formation of the English Premier League in 1992, in a similarly seismic football shift to the proposed Super League, have staked a pole on Mt Moral High Ground in this saga.

Sky pundits spent 48 hours opining on the greed of the breakaway clubs, despite being the reason British Football has become so expensive that most average fans cannot afford season tickets.

The scramble to condemn the 12 clubs by people and businesses that have all benefited massively from football’s greed, has been amusing. And sickening. Moral high ground has never been this low.

As the anger and fallout of fans began to pierce the thick skin and frontal lobes of executives at the 12 clubs, there was a dawning realisation that maybe they hadn’t read the room very well. Or not at all.

Manchester City, bankrolled by bottomless Middle Eastern oil money anyway, realised that chasing more money seemed gauche — assuming anything in modern professional football could be any gaucher (if that’s a word) and backed away.

Chelsea, similarly supported by bottomless oligarch billions, also realised that it was a poor look and stepped back as football’s world governing body Fifa and European governing body UEFA warned of severe consequences.

If you do anything that makes Fifa look like a measurement of high moral value, you really cocked up.

There might be a long legal battle for these teams now, because it’s unlikely they would have announced the Super League to the world without some heads of agreement in place with a broadcaster. Streaming services such as Disney have been reported as one of the probable broadcast partners.

If a long legal battle with Disney is to follow this footballing equivalent of a failed coup, it would be appropriate. After all, the entire concept was formulated in a world of fantasy rather than reality.

Egypt on Friday confirmed its first case of the deadly Coronavirus, making it the first known infection on the African continent and the second...