Lusaka StarService with Excellence
HomeColumnsAfrica’s Prosperity Preachers: Hawkers of hope in the midst of Poverty? 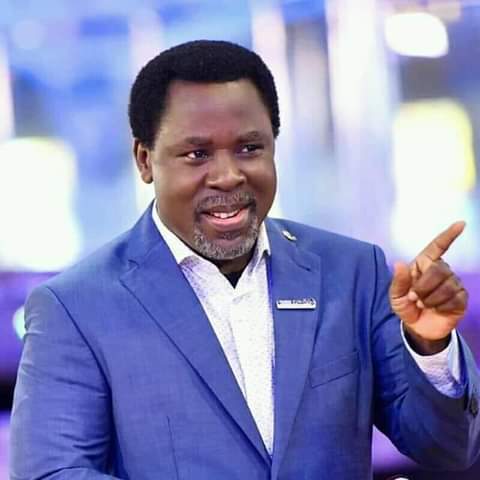 It is not common to see the death of an African make international headlines, worse that of a pastor. However, the sudden death of Temitope Balogun Joshua, affectionately known by millions of his followers as TB Joshua, sent shock waves across the world.

Mr. Joshua, whose cause of death is still unknown, was one of the most popular and controversial evangelical pastors in Africa.  He is considered to be one of the charismatic preachers responsible for the development and re- shaping of healing and deliverance beliefs and practices on the African continent. His popular television channel, Emmanuel TV, broadcasted services in which the Nigerian preacher claimed he could prophesy, deliver people from demonic possession and heal them from all manner of diseases, including COVID-19.

However, the death of Mr. Joshua, a man who has continued to divide opinion even in his death, ignited a social media discourse as his critics faulted him for spreading the prosperity gospel in Africa.

Hopewell Chino’no, a Zimbabwean journalist posted on his Twitter account that the Nigerian televangelist, who was also a philanthropist, used widespread poverty on the African continent to prey on gullible and vulnerable Christians.

Because of poverty and an unhealthy desire for miracles, many Africans have become pathological followers of these men and are made to do silly things,

Many have parted with huge amounts of money in hope that the so-called prosperity gospel will make them rich quickly without putting in equitable work.

Nevertheless, it would be simplistic of anyone to dismiss the believers of TB Joshua and the prosperity gospel as lacking the intellectual depth to rationalize their decision to believe in such a gospel when according to the World Bank, 40% of the population in Sub-Saharan Africa was living in extreme poverty in 2018.

Therefore, it is such poverty levels that make spirituality, which among other things, promises a prosperous and better tomorrow, an effective resistor to the poverty that surrounds many Africans.

According to a 2012 study conducted by University of Bergen researchers on how poor co-wives in Kenya cope with adversaries in life, it was discovered that many cope through the belief that supernatural powers found in Pentecostal churches can change their fortunes for the better.

Most co-wives see the church as one of the places where they run to seek refuge in times of need. This belief in an unseen supernatural power who will ‘‘help us in times of need’’ goes a long way in strengthening their resolve to live on with the hope that things will be better someday,

The close relationship between poverty and prosperity preaching Pentecostal churches was equally seen in Zambia in the 1990s, a period which saw the introduction of the controversial Structural Adjustment Programs (SAPs) in the country.

In her book, Pentecostal and Charismatic Spiritualities in Civic Engagement in Zambia, Naar M’fundisi- Holloway said that it was in the early 1990s that the prosperity gospel gained popularity in Zambia as preachers wanted their followers to prosper financially, an escape from the plight of the poverty that many Zambians were experiencing.

In addition, South African Scholar Andile Mngxitama, also said that the poverty caused by the implementation of SAPs policies saw a massive growth of charismatic churches in South African townships, with their promises of prosperity and getting rich quickly.

The Pentecostal or charismatic churches have proliferated in proportion to the social devastation that followed the World Bank’s structural adjustments programs in Africa. As soon as the state shirks its responsibility for social welfare the people are invited to look to God for hope,

Obviously, there are other reasons prosperity gospel preachers like TB Joshua are popular and influential beyond offering hope to many poor people. However, poverty, which has hurled many Africans to the margins, has contributed to the popularity of these men of God as they are seen as a symbolic representation to the path to prosperity.