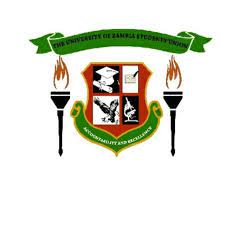 University student leaders in the contemporary world can be, and have been, the catalyst for societal progress through advancing student welfare, opposing injustice, oppression and dictatorship.

For instance, throughout the one party state, fiery University of Zambia students Union (UNZASU) leaders such as Boniface Kawimbe and Faustino Lombe championed national causes such as the end to Kaunda’s dictatorship and disastrous economic policies.

Even after the introduction of multi-party politics, UNZASU continued to have highflying student leaders who toiled to safeguard the welfare of students.

At one time, Antonio Mwanza and Cornelius Mweetwa, using their gift of garb and mobilisation skills pushed government to respond to student demands. Mwanza is credited for pushing government to construct the fly over bridge along the Great East road while Mweetwa lobbied for the construction of the Levy Mwanawasa hostels. The construction of the flyover bridge significantly reduced the number of students who were being hit by vehicles while the Mwanawasa hostels helped in alleviating the accommodation crisis at the institution.

For example, in 2019, then UNZASU Finance Minister, Emmanuel Chewe, alias Chi Coin, told the student populace that the Union spent K 45, 000 on a presidential portrait. This was nothing fancy but, just a mere portrait. As if this was not enough, the same UNZASU executive exorbitantly hiked prices of commodities at the Union-run tuck shop, such that students had to protest against this blatant exploitation.

The Shadrick Mumba-led 2020 UNZASU executive was no better as a few months after being voted into office, its members engaged in a fight over who would be in charge of overseeing the tuck shop, known as UNZA Spar. This fight had nothing do to with serving students, but was about who should be in charge of the shop for personal aggrandisement.

The confusion was not over as the Mumba-led 2020 UNZASU executive engaged in another tussle with the Student Representative Council (SRC) to the extent that the then SRC Speaker, Gift Beene, fired Mumba, though he later rescinded his decision and resigned from the council.

According to Chapter four of the UNZASU Guild Constitution, the SRC is responsible for playing an oversight role, including but not limited to sanctioning and approving the policies of the UNZASU cabinet. Chapter 10 of the same constitution also empowers the SRC with powers to approve or reject an UNZASU budget presented to it by the finance minister.

The current UNZASU led by Gabriel Banda has not been spared from the perennial confusion in the Union as it is currently embroiled in a fight with the SRC over the approval of a K 5 million plus UNZASU budget. In its own warped wisdom, the Union proposes to spend over K 23, 000 on the presidential room and over K 83, 000 on some frivolous leadership exchange programme. The budget is not only wasteful but scandalous.

What is unfortunate is that despite subjecting the Union’s expenditure to the Public Procurement Act of 2020 and the University’s internal audit unit, there is little accountability on how Union funds are spent. We say so because financial mismanagement by UNZASU has over the years gone unpunished.

The lack of stern action against student leaders who have stolen from the students has possibly emboldened current and future UNZASU leaders to dip their long fingers into the UNZASU coffers as they know that they will get away with it. Unfortunately, the theft that has characterised UNZASU over the last few years will continue to go unabated as long as students turn a blind eye to UNZASU affairs.

It is therefore high time that students took it upon themselves to demand periodic reviews of the budget to ensure that Union leaders are accountable for their spending. Students must ensure that the K45 they pay as union fee every academic year is accounted for to the last coin.

It is only with a proactive student populace that the culture of ‘it’s our turn to eat’ that has taken root in UNZASU can be uprooted. Anything short of this, then the future can only be bleaker than the current situation.