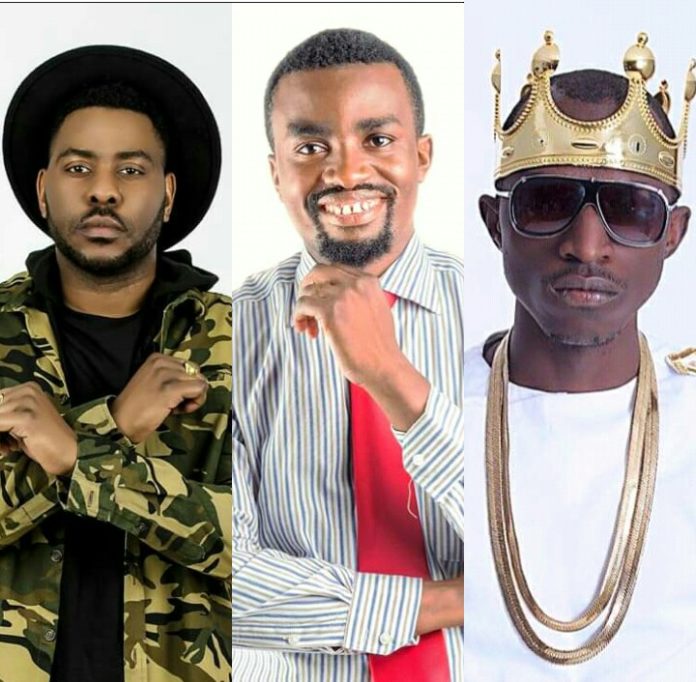 As if the controversy that has surrounded him lately is not enough, Zambian award winning and controversial photographer Chellah Tukuta, unprovoked, took it to Facebook, and shared his opinion on why he feels Hip hop artist Macky II is better than Slap Dee.

This came as a shock to most of this followers as he focuses his opinions mainly on politics. Chellah emphasized on how he felt XYZ Entertainments founder Slap Dee does not empower young and upcoming artists in the way that Alpha Entertainment CEO Macky II does.

He went on to speak about how Macky II continues to identify and support talented upcoming artists and gives an example of how nobody knew Yo Maps till he featured on Macky II’s hit single ‘Finally’.

“Macky 2 is living a legacy by impacting young people. His humility will keep him on top for long. Slap Dee is very talented and very good with his style of music but his pride kills everything. Don’t ever feel too big to work with youngsters, Slap Dee wants all the glory on him and doesn’t want to share that glory.” He wrote.

He concluded his opinion by echoing that Macky II is more approachable and friendly not only to upcoming artists but to fans as well, as compared to Slap Dee.

The celebrity photographer’s opinion has received a lot of backlash from fans, including artists signed under XYZ Entertainments.

Interestingly, the artists also took it to there social media and reacted to Chellas claims about Slap Dee not doing as much for the entertainment industry especially for upcoming artists.

The most notable response came from XYZ Entertainments CEO, Bobby East, who did not hesitate to express his displeasure with the photographer’s comment.

He wrote, “I take it personal when this man is attacked…. He single-handedly created a movement that many have benefited from over the years… When I got signed I went with Stash, Daev, Nez Long and to some extent Jorzi, and none of us live in the hood anymore.”

The Psycho Bae hitmaker further highlighted that in trying to make money on the internet, names or icons should not be tarnished because of misinformation or boredom.

More backing of the King came from XYZ signed RnB artist, Daev, who also seemed dismayed by Chellah’s opinion. The ‘Never been easy’ singer explained how the XYZ boss put him on a record with famous Nigerian artist Patoranking.

“I can’t keep my mouth shut because I stayed in his home, ate his food and depended on his curation to come up with some of the songs you listen to today and appreciate me for.” Daev wrote.

However, rapper King Illest seems to agree with the controversial post by Chellah despite insisting there is no bad blood between him and the XYZ boss.

He voiced out his opinion in a post that said “There is a big difference between putting on everyone and only put on people signed to you.”

Although Slap Dee has not responded to the criticism, his fans and those who disagree continue to backlash and criticize the photographer.