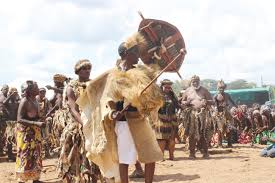 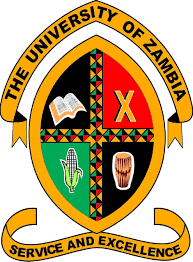 Mwanakatwe condemned for taking up ministerial appointment despite owing CEEC »

THE Jesuit Centre for Theological reflection (JCTR) has condemned minister of Commerce, Trade and Industry Magarate Mwanaktawe for taking up her current ministerial position despite her owing the Citizens Economic Empowerment Commission (CEEC). Speaking in an interview with the Lusaka Star, JCTR director Leonard Chiti said the current ‘Mwanakatwe saga’ shows the lack of scrutiny that exists before appointing someone to public office.

STUDENTS at the University of Zambia (UNZA) have bemoaned the continued poor sanitation at the institution.   A check around campus by the Lusaka Star revealed that most shower rooms in student hostels such as Kafue hostels for females were blocked leading to excessive flooding.   A student at the institution Nicole Muyunda expressed displeasure over the living conditions that students were being subjected to.

EXODUS Boxing Promotion through Superior Milling has made a donation to the University Teaching Hospital (UTH).   Exodus Boxing Promotion Finance Director George Chilonda said the donation included money and food items such as cabbages, tomatoes and mealie meal.   Mr Chilonda said he did a survey to find out what challenges people at UTH's Relatives Shelter needed and they are hoping to resolve those challenges.

THE Ministry of Education, Science and Vocational Training and Early Child Education has today launched the National Action for Quality Education in Zambia (NAQEZ). Speaking during the launch, Minister of Education Michael Kaingu said NAQEZ is an organisation that will work hand in hand with the Ministry of Education to help improve the quality of education especially in the rural areas.

LUSAKA’S Town Centre market traders have complained about the poor sanitation conditions they are subjected to work under due to the ever increasing amount of uncollected garbage by the Lusaka City Council (LCC). The traders have expressed fear that the uncollected heaps of garbage at the market could lead to the outbreak of water borne diseases such as cholera and dysentery.

The dreaded Elephantiasis virus has spared Lusaka despite affecting more than 40 districts in Zambia. Ministry of Health spokesperson Kamoto Mbewe said the virus has affected at least 45 out of 72 districts in the country with Luangwa district having the highest number of cases recorded. Mr Kamoto further disclosed that the response to the new vaccination was positive and overwhelming.