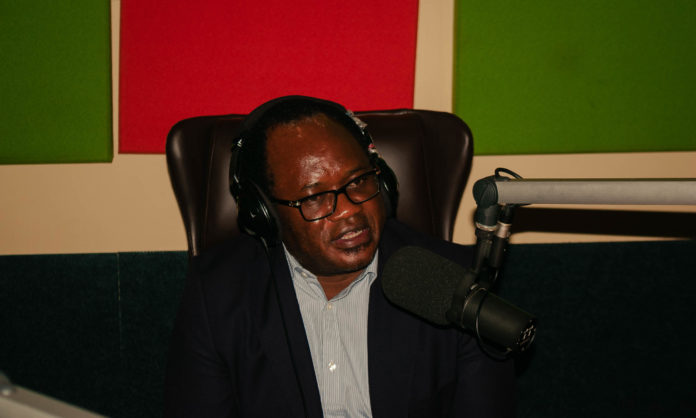 Leader of the Opposition in Parliament Brian Mundubile says the United Party for National Development (UPND) government is using the fight against corruption to silence vocal politicians.

Speaking on Unza Radio’s Lusaka Star programme , Mundubile, who is also Mporokoso Member of Parliament, said the arrest and prosecution of individuals mostly critical of government has brought into question the commitment that President Hakainde Hichilema made to govern the country by the rule of law .

It is unfortunate that the Kabushi Member of Parliament, Bowman Lusambo was detained by the Anti-Corruption Commission (ACC) without being charged, that is why we urge ACC to be professional in their investigations  even as they exercise their jurisdiction on Lusambo,

Mundubile said the patriotic Front (PF) does not support criminality, but wants the fight against corruption to be genuine and backed by sufficient evidence.

There should be a difference between fighting corruption and political persecution, hopefully we the Zambian people are able to understand the two,

Lusambo has since been released on police bond and will appear in court soon.

Meanwhile, Mundubile said government should take into consideration the well being of citizens before making decisions that have a negative impact on their livelihood like the increase in fuel prices.

Those that are in government must understand that the economy is overheating and there is no need for increments to commodities like electricity and fuel,

I urge the Minister of Energy Peter Kapala to base decisions on the wellbeing of the Zambian people.

The leader of the Opposition also advised government to wait for the findings of the Cost of Service Study undertaken by the Energy Regulation Board on ZESCO before deciding on restructuring the power utility company.

It is important that the cost of producing electricity is first known before any decisions such as increasing tariffs or unbundling of Zesco is made,

The Zambia Teqball Association President Dickson Jere has expressed happiness at the rate at which the sport is mushrooming in the country. He said...