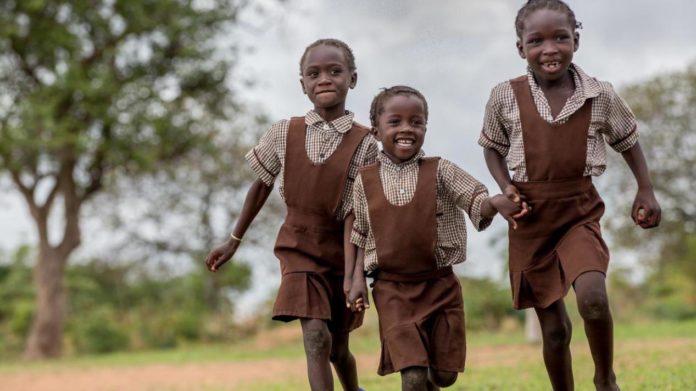 Every year from November 25 to December 10, people all over the world observe 16 Days of Activism against Gender-Based Violence (GBV).

This year’s commemorations have been held under the theme “Orange the World: Generation Equality Stands Against Rape.” This is timely due to the many harrowing incidences of violence and rape, especially against women and girls.

While GBV can and does affect both men and women, women are the most vulnerable group, and hence much of the advocacy focuses on women.

It is no secret that, statistically, women experience cases of GBV more than their male counterparts.

However, the real prevalence rates for men are unknown, as men often do not report due to stigma. This makes advocacy for both sexes difficult and increases rates of harm. But the group that is often overlooked, and wrongfully so, is that of children.

UNICEF reports that 20.3 percent of women and 10 percent of men aged 20 to 24 years experienced sexual violence as children. However, female respondents aged 18 to 24 years were more likely to report experiencing sexual abuse than males in the same age group.

This presents a problem. As the adage goes, children are the future and it is very hard to build a future if the lives of children involved are constantly in danger.

Statistically speaking, most of the perpetrators of violence against children are people who are close to them and have easy access to them. Thus, this includes caregivers, relatives, teachers and neighbours, to mention but a few.

In cases of sexual abuse reported to authorities, 93% of juvenile victims knew the accused, as reported by RAINN, an organization that provides support for survivors of sexual violence.

There are organizations, such as UNICEF and Childfund that try to ensure that children all over the world are protected from violence. But are their efforts enough?

He indicates that the protection of all children is at the core of the work of ChildFund and is part of their major strategies for the next few years.

“All those that are around the child must be alive to the reality of the vulnerability of children,” Koyi said, speaking at the launch of the ChildFund Strategic plan for the years 2019 to 2021.

“We want to make sure that there are systems that link to the family units, and those systems link to major authorities like the police.”

ChildFund and other organizations have realized the difficulty in reporting and properly dealing with child sexual abuse because of the lack of robust systems to ensure that the child receives the help they need.

Some of the strategies that are being implemented are to thoroughly examine the systems and see if the child in need is receiving the care they deserve.

“Are those systems at community level robust? If not, we need to re-examine these mechanisms and develop a mechanism that directly addresses these vulnerabilities,” Koyi added.

Some systems that can be put in place are the training of police to handle such cases better, going into communities to sensitize the public on child protection and ensuring that children are fully aware of their unique rights.

As we conclude our 16 Days of Activism Against Gender-Based Violence, it’s important that the most vulnerable are at the center of our advocacy. There are many reports of how sexual abuse damages children and as citizens of the country, it is important that we ensure children have the brightest future we can offer them.

Zambia has borrowed about $5 billion (figures likely to rise in 2019) from China in recent years in what appears to be a calculated...