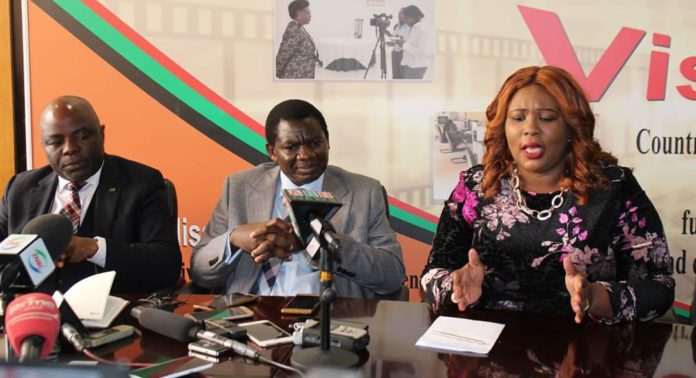 General Education Minister David Mabumba has revealed that several security measures have been put in place to ensure that pupils and teachers in schools are safe from gassing incidents that have rocked the country in the last few weeks.

Mr Mabumba said the arrest of some people suspected of being behind the gassing incidents was an assurance to parents that their children will be safe in schools.

He was speaking at a joint press briefing with his Home Affairs counterpart Stephen Kampyongo hosted by Chief Government Spokesperson Dora Siliya at Government Complex in Lusaka.

Government has provided leadership by deploying the army to work closely with the police in making sure that order and peace is restored,

He further explained that Zambia police officers are going round in schools to sensitise administrators and the pupils on how to handle situations in an event of a criminal threat.

Mr Mabumba further appealed to members of the public, the church and the media to work closely with the police in reporting any suspicious persons that may be spotted in communities.

He said members of the public should avoid taking the law into their own hands.

I expect that people will now be alert and this can only be achieved if they work together in communities by reporting anything which they deem unusual to the police and let the law take its course,

Mr Mabumba noted that government has not made any decision to close schools following the incidents of chemical spraying and gassing experienced in some parts of the country.

And speaking at the same event, Minister of Home Affairs Stephen Kampyongo appealed to school administrators across the country to manage incidences of gassing without endangering the lives of children in schools.

If a false alarm is generated in a school, it is a challenge to get the children to run through one exit and it can trigger a number of emotions,

He further urged school administrators to observe security measures by not allowing anyone to loiter on school premises to lessen the danger that children may be subjected to.

A sinking fund is a fund established by an economic entity by setting aside revenue over a period of time to fund a future...