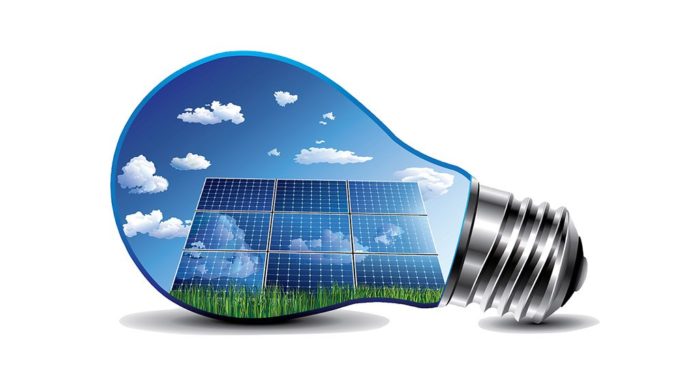 The current load shedding crisis that Zambia is undergoing is nothing new to the country and most likely won’t be the last.

With more than half of the country solely depending on hydroelectricity, the forces of nature have taken their toll on the largest source of power for the country which has resulted in a nationwide blackout.

This crisis has once again brought with it unproductivity among the citizens and will definitely result in poor performance of the economy for the year 2019 as witnessed from the 2015 load shedding crisis.

The impact of the cost of load shedding on the overall economy of Zambia potentially lost 18.3% of its 2015 GDP which is equivalent to ZMW33.6 billion as a result of the power deficit in 2015.

The country’s number 1 supplier of electricity is Zesco Limited (Ltd) whose main source of distribution is hydroelectricity.

Considering the country’s weather at the moment and for a huge part of every year, the University of Zambia’s Physics Head of Department Dr Steven Mudenda called for Zambia to indulge itself in utilising solar energy more than it currently is.

Energy has become a basic need and there is need to utilise solar to contribute to the other forms of harnessing electricity that we already have.

A report from Bloomberg New Energy Finance titled “New Energy Outlook” predicts that the cost of solar energy will fall more over the next 10 -15 years, making it one of the world’s most affordable and attractive energy sources globally.

The report, which is based on the insights and expertise of 65 country and technology specialists, shows that despite continued investment in coal and gas generation in many countries, there will be a rapid transition toward clean power over the next 25 years.

Although more can be done to harness the power from that bright fireball in the sky, several countries have taken the lead in capturing the sun’s energy and are using it as a viable source of electricity.

Even though Zambia is a third world country, it could learn a thing or two from Germany, China, Italy and Japan when it comes to solar power. These countries are proving that solar power is a legitimate answer to the world’s search for alternatives to fossil fuels.

Dr Mudenda said that UNZA formed an Energy and Environment Research group which birthed the Solar Energy Centre of Excellence whose mandate is training, testing, demonstrating, consultancy, education and research of solar equipment.

Solar energy is becoming a billion-dollar industry in the country because a lot of players are investing in it. Some people have taken advantage of the country’s electrical status that they are selling solar equipment that is not genuine or up to standards.

… we are working on signing a memorandum of understanding with the Zambia Bureau of Standards where our centre tests all solar equipment that comes into the country in order to validate the claims made by manufacturers of the legitimacy of the solar equipment.

However, solar is not completely reliable because the sun is not available 24 hours a day. Other than that, the technology of storing solar energy on a large scale to be used later is not yet available, it is a contact-to-use form of energy.

In fact, only 18% of solar energy is currently able to be harnessed by a solar panel because some panels absorb only 8% leaving 92% of the energy hitting the earth unused.

The Solar Energy Centre of Excellence noted this as a problem and is currently working alongside the University’s Chemistry department on materials that make up a solar panel which will have a higher absorbing power of the solar energy.

One of our aims is to provide a platform for people where they can explore different types of solar equipment as well as those that will be new on the market to entice people in engaging in the use of solar equipment.

The centre also plans on running workshops around the country open to everyone to teach them about solar energy.

They also plan on training the Technical Education, Vocational and Entrepreneurship Training (TEVET) lecturers on solar energy and the equipment that encompasses it.

These lecturers will, in turn, teach their students and increase awareness of solar energy in the country.

In the time of crisis, nothing can be done to change the past. We can only learn from it and it is high time that the people of Zambia used alternatives to electricity instead of always depending on the national supplier.

I believe that this load shedding has acted as a wake-up call for most if not all countrymen and women.

President Edgar Lungu has appointed Deputy Secretary to the Cabinet for Finance and Economic Development Mr. Christopher Mvunga as the new Bank of Zambia...