Lusaka StarService with Excellence
HomeFeaturesTIME TO STEM VIOLENCE AGAINST JOURNALISTS 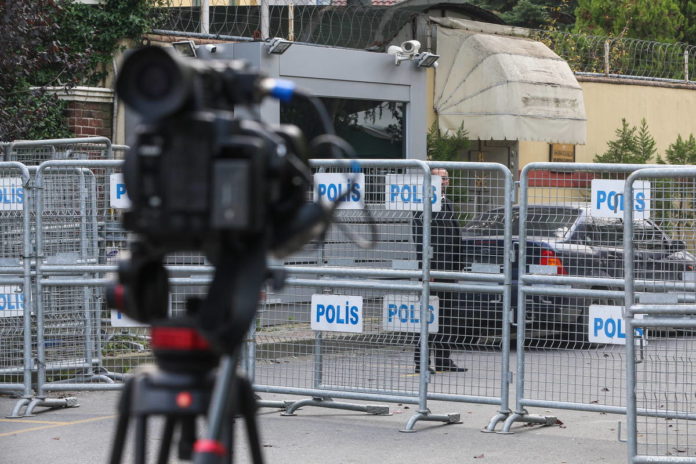 Not a lot of people understand the relevance of journalists in society, especially in Third World countries, where the majority is either illiterate or uneducated.

Rinchin Gaewad describes journalism as the 4th pillar of democracy.  The world, without it, would be a stone slab with only three legs, unstable, collapsing every time anyone tried to sit on it.

Being a journalist is not a 9-to-5 profession or a monetarily incentivized occupation: journalism is a service to mankind, a way of life chosen by a few daring ones who are not afraid to be the last men standing. And foremost, journalism is not replaceable.

The profession serves its purpose through disseminating information and ideas among citizens, contributing to a people’s common storehouse of knowledge.

By acting as a watchdog, it improves the workings of representative government by helping citizens communicate with their governments.

It affords citizens a means of calling attention to violations of their rights and keeps the government closer to the people by helping policymakers better understand how their actions are being perceived. It bridges the gap between the people and the government.

Aside from technology and new media coming into play threatening the existence of traditional media alongside journalism itself, the profession has proven society wrong by using new media in conjunction with traditional media to better serve its purpose.

It has stood the test of time and people are more driven to read news content produced by professionals. As such, the profession has never been more important than it is today.

In the previous years, the journalism profession in Zambia has experienced attacks from many angles, especially on the lives of journalists.

This has resulted in the call for journalist’s safety as the profession is a necessary recipe for democracy and good governance. We have seen many media actors come together for this cause to protect the continued existence, freedom and safety of the media.

The highlight of this year’s attacks on journalists was in May, 2019. The attack by cadres on journalists from Power FM in Kabwe and Radio Maria in Chipata made headlines.

The violence, harassment and damage to property in Kabwe happened during the ‘Power to the People’ programme that featured Dr. Chishimba Kambwili on the April 30, 2019.

This was followed by the attack and harassment of journalists at Radio Maria in Chipata on May 1, 2019 during a political programme featuring Maxon Nkhoma, a governance activist.

The cadres also issued death threats against Radio Maria Zambia news editor Tobias Daka and anchor of the program which featured Nkhoma, urging them to find personal security to accompany them whenever they leave their homes.

However, when the cases were taken to court, both were withdrawn from the court following requests from both media house managements to discontinue the case “in the spirit of oneness and forgiveness.”

The Independent Broadcasting Authority (IBA) condemned and expressed disappointment at the actions taken by the cadres.

The Authority urged political parties to follow procedure on how to register grievances when they find broadcast material that is aggrieving as opposed to using violence.

These unfortunate events were followed by another episode of attack on Prime Television’s Osward Yambani who was verbally assaulted through a phone call by former Minister of Youth, Sport and Child Development, Hon. Moses Mawere, who is also Chipata Central Member of Parliament.

The phone call that was made on the May 20 was over a story that aired on the main news of the television station about residents complaining about the poor state of the roads in his constituency and that he was an absentee MP.

Media Institute of Southern Africa (MISA) Zambia was not pleased with the actions taken by the Minister and stated that “Hon. Mawere should know better that if people have concerns about published work or broadcast they are encouraged to use the complaints channels already in place. This includes the IBA complaints procedure. And if Hon. Mawere is aggrieved by the works of the media, he can also resort to the courts of law for legal redress rather than threatening individual journalists and the media houses in general without singling out individual media houses or journalists, so that his plight can be heard in a court of competent jurisdiction.”

More drama continued on Wednesday, June 19, when Joe Pangwe and Evans Lilayi of Byta FM Radio were allegedly verbally abused by Mazabuka District Hospital Acting Superintendent Dr. Cosmas Chishimba when they went to confirm details of a woman who gave birth to triplets at the hospital.

Halfway through the year, the attacks became alarming and action was to be taken in order to secure the safety of journalists.

They were so alarming that it caught the attention of the Vice President, Inonge Wina who called on the Zambia Police Service to put up security mechanisms specifically aimed at protecting journalists, especially during elections.

The Vice President observed that news reporters become endangered species when they go out to cover elections and related activities.

She said this in Parliament after Kanchibiya Member of Parliament Dr. Martin Malama, who also happens to be former Inspector General of Police, expressed concern over the safety of journalists in their line of duty following the beating of Zambia Daily Mail reporters who went to cover elections in Katuba Constituency in July.

As if the Vice President’s plea was not enough, Presenter Derrick Chiluya of Chingola’s Rise FM Radio was harassed and arrested by police officers on the August 12, 2019 after more than 60 job seekers in Chingola who were promised employment, which was not given to them by Mox Minerals Limited went to Rise FM radio station to express their grievances.

Police officers went to check on what was happening at the Radio station and commotion begun. They started beating the job seekers when Chilufya was spotted answering a phone call as he was coming out of the studio and police mistook him for recording a video of what was happening. MISA Zambia expressed disappointment and condemned this act by the police.

They later condemned the attack on October 5 involving seven masked assailants who stormed Pasme radio station in Petauke district and disrupted a program called ‘Let the people talk’ which was supposed to feature officials from the United Party for National Development (UPND). MISA Zambia was concerned about this attack which took place just before the airing of the radio program.

Only 2 days after this attack, another harassment scandal against a journalist took place in Livingstone. MISA Zambia chairperson Hellen Mwale said, “We are saddened by reports of harassment of Elias Limwanya, a journalist from Prime TV based in Livingstone, by some officers from the Livingstone City Council police. An incident which occurred on Monday, 7th October 2019 when the journalist was filming the officers confiscate food items from a suspected vendor. We understand that in an attempt to stop the journalist from filming, the officers tried to grab the camera and in the process led to its damage.”

This scandal and many others before it led to a Police-Media Dialogue involving Bloggers of Zambia, Livingstone Press Club and Zambia Police Service which took place in Southern Province on the 11th of October at Wasanga Lodge in Livingstone.

The delegates who attended the dialogue resolved many issues that affect journalists and the police when it comes to fulfilling their duties without coming in the way of the other. The communique from the police-media relations dialogue indicated a few rules that police officers and journalists in southern province are to follow when the two professions collide in the line of duty.

The communique was concluded by a call on all journalists and police officers to work together in supplying verified and credible information to the public in an effort to enhance democracy in Zambia.

On November 19, Zambia Reports wrote that Deputy Inspector General of Police in charge of operations, Bonny Kapeso, was in Kitwe with an enforcement operation to counter the increasing criminal cases in the District. He directed the Police command in Kitwe to respect the media by not victimizing them. He said that having been a journalist himself, he finds it sad to see media practitioners being harassed.

“When I am home watching TV, my heart bleeds when I see journalists crying about being harassed. These are very important partners who can share with us leads. We need to embrace them and work closely with them. I appeal to you, I don’t want to command you but please give these people peace to do their work. Their role is just to inform, nothing else,”

As earlier alluded to, journalism is not replaceable. Without this particular genre of professionals, the world would be in darkness with no core holding together the diversities of the world.

The call for the safety of journalists is one that should be answered and not ignored.

Take Zimbabwe, for instance. Its media stakeholders, government officials and the UN jointly commemorated for the first time in the country on November 1, 2019 the International Day to End Impunity for Crimes against Journalists (IDEI) in Harare under the theme, “Journalists Security: For Free, Open and Informed Societies”.

The commemoration opened up dialogue between media stakeholders, the government and the United Nations on the need to guarantee the safety of journalists and address issues on impunity for crimes against journalists.

This is a step that the Southern Province of Zambia took and the rest of the country must follow suit for the benefit of all. The education and sensitization of the people and the police on the importance of the media in a democratic state should be prioritized.

Protect the 4th pillar of democracy to stay abreast and well informed of what kind of a world you really live in.

The University of Zambia Students Union (UNZASU) has advised students to be on high alert in view of the rising theft cases on campus....