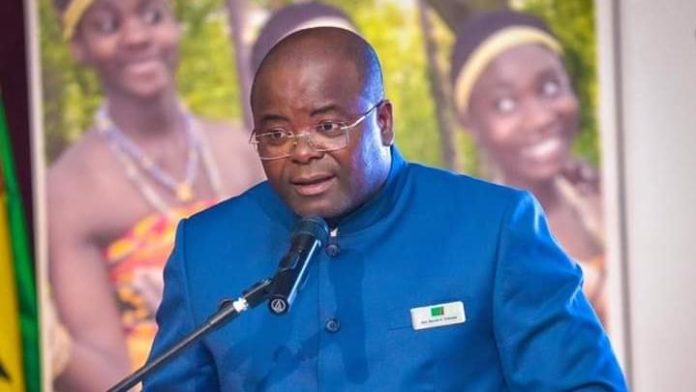 This is according to a press statement made available by ZAVA General Secretary Gift Chesekela, who explained that the Volleyball Executive led by Association President Nakaonga Kakoma held a closed door meeting early last month requesting the minister to be the patron for the fast growing sport.

Mr. Chesekela stressed that the minister indicated willingness to the call of being the father of volleyball in Zambia.

He noted that the gesture from the Minister of Tourism and Arts gave ZAVA hope of rebranding the fast growing sport with its leadership.

Mr. Chesekela has revealed that the Association hopes to learn a lot from his inclusion to Volleyball administration.

The general secretary has since thanked the minister for his dedication and self-sacrifice despite his busy schedule but opted to support the Zambia Volleyball fraternity.

Moreover, the association has wished the minister a favorable and conducive sport environment and pledges to fully support him.

Meanwhile, Mr. Chesekela has called on all volleyball stakeholders to support the minister so that together they can develop the sport and impart positively on the communities.

Economic Analyst Haggai Chomba has countered that changing the local currency is not an effective method of resolving the recent shortage of cash flow...