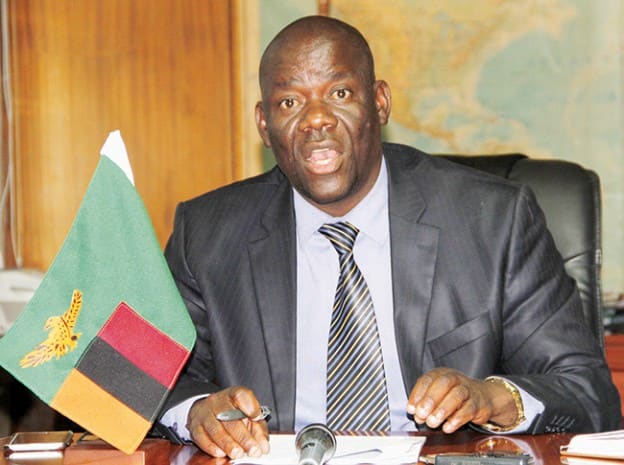 The Patriotic Front (PF) Secretary-General, Davies Mwila, has warned various media houses against misquoting the party whenever it issues statements that are of national interest.

Speaking in an interview with Lusaka Star, Mr. Mwila said that media houses that were in the tendency of misquoting PF leaders were painting the ruling party in bad light.

Mr. Mwila clarified that the Minister of Lands did not insinuate that people should be squandering resources, but that government had provided various youth grants and schemes, which young people needed to access.

He challenged the media to prioritise objective reporting if the public’s right to information was to be realised.

Mr. Mwila also clarified  that the purpose for holding the consultative meeting was to announce that the PF was going to hold intra-party elections of various party structures in Lusaka Province.

He assured that the elections were not intended to remove people from their positions but to protect and strengthen the people.

Mr. Mwila added that those that had been working hard in the party would definitely retain their positions deservingly.

“We need people who are loyal to the party and who will be able to stand with the party even in difficult times and not those who make various escapades when things become difficult,” he said.

The ruling party’s SG charged that the party was the most democratic party in the country because it continuously holds intra-party elections, just as its constitution states.

Speaking in a separate interview,  the Justice Minister, Given Lubinda, who is also the party’s Central Committee Agriculture Chairman, urged party members to be cautious of those who join and leave the party.

He therefore urged all well-meaning members of the party to carefully analyze their fellow members’ motives, saying doing so would go a long way in building and strengthening the ruling party.

The Justice Minister, who is also Kabwata Member of Parliament, encouraged the nation and PF members to continue defending their democratic rights as they were the champions of democracy.

GREEN Eagles Midfielder Spencer Sautu says his side is not intimidated by Orlando Pirates going into the second leg of the Confederation of African...