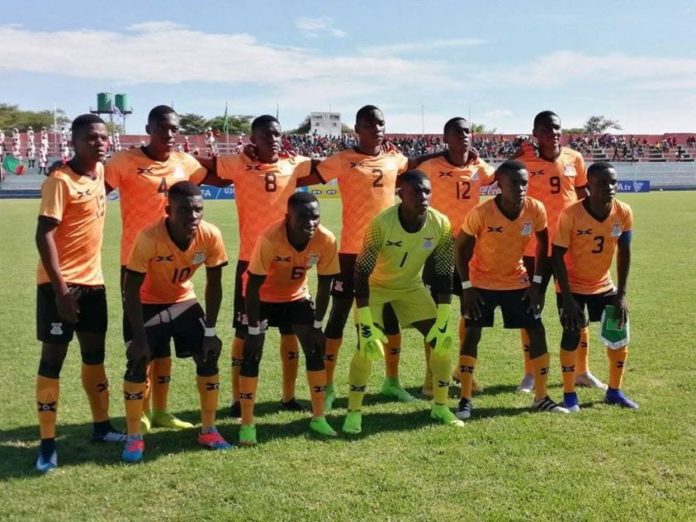 The Zambia Under-20 men’s soccer team started off their COSAFA Youth Championship campaign by defeating Botswana 5-0 in their opening Group A encounter at Nkoloma Stadium in Lusaka on Wednesday.

The hosts made the breakthrough in the early minutes of the game when Kafue Celtics forward Francisco Mwepu opened the scoring in the 5th minute, while defender Crawford Mwaba scored a classic bicycle kick to double the lead with fifteen minutes left to play before half-time.

And Young Napsa Stars Striker Jimmy Mukeya bagged a brace in the 64th and 79th minutes respectively before he was substituted for Ricky Banda, who later added a goal to make it 5-0 with only five minutes left on the clock.

Meanwhile, the second game of Group A saw Malawi thrash Comoros 4-0, with Patrick Mwaungulu scoring a hat-trick and Francisco Madinga grabbing another goal for Malawi.

Zambia and Malawi dominate the group with three points each and only goal difference separates the two, leaving Comoros third and Botswana fourth with zero points.

The Oswald Mutapa team will play Comoros in their second last Group A match on December 7 before facing Malawi on December 9 at Nkoloma Stadium.

The 2019 tournament, which is hosted by Zambia will run from December 4th up to 14th at Nkoloma and Sunset Stadium.

From February 4th to the 5th of 2020, an unmatched 32 participants and 29 representing 24 participating organizations (POs) from 13 countries sieved through...