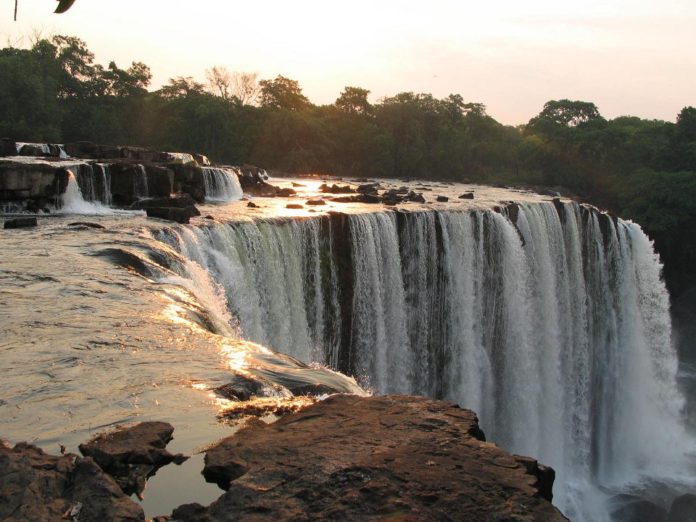 Government has allocated over six million Kwacha to the development of Lumangwe falls area as a full fledged tourism destination from the Tourism Development Fund (TDF) .

Speaking in an interview at Lumangwe Falls in Northern Province, Northern Tourism Circuit Regional Coordinator Francis Chiwele said the falls, which is shared between Kawambwa and Mporokoso, has been earmarked for massive infrastructure development following the provision of the fund.

By next year, the outlook of Lumangwe falls will improve greatly after the tourism infrastructure is constructed,

Mr. Chiwele has also appealed to both local and foreign tourists to visit the site.

In August this year, Minister of Tourism and Arts Ronald Chitotela expressed the need to have a fully developed tourism product at Lumangwe Falls heritage site in the effort to increase tourism visits to the area.

When he visited the heritage, the tourism minister said the Lusenga Plain National Park boundary will be extended to include the Lumangwe Falls so as to merge the two as one tourism package.

Mr. Chitotela had further disclosed that government would soon start putting up additional basic infrastructure at the Lumangwe Falls heritage site in an effort to open up the Northern tourism circuit.

A career that began with drawing on the ground when out to play with friends has today flourished into an entrepreneurial skill for Venus...