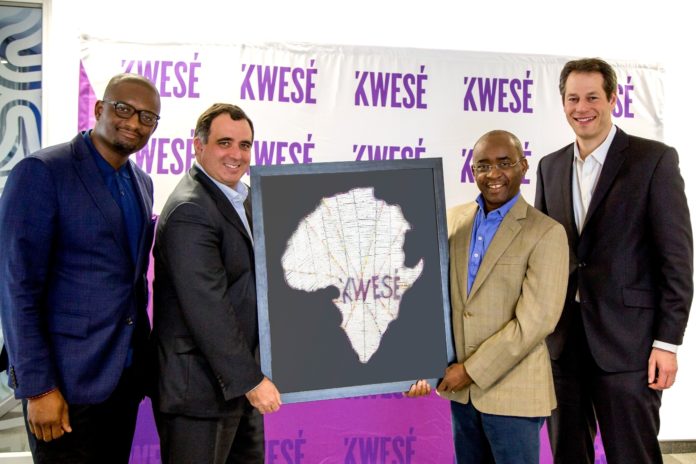 Econet Media’s Kwesé Sports and ESPN launched an exclusive ESPN channel on the Kwesé TV bouquet, which will deliver the most comprehensive sports coverage on the in Africa, bringing the best in sports to fans through live coverage of events from across the globe.

The channel which aims to be the first choice for fans through its latest news and updates has promised and remains committed to a diverse programming schedule designed to appeal to even the most discerning sports fan.

Along with live sports, the channel introduces unique original programming including an African edition of the popular Sports Center program, an iconic and hugely popular show with fans across the world.

The Sports Center  which will be hosted by Philip Murphy will also showcase and cover the latest in sports news, highlights and updates in its signature fast-paced format, which has made it one of the most loved and awarded shows in television.

With its unique offering, Kwesé Sports has continued to shake up the sports broadcasting industries since it launched in 2016. And it is for this reason that Kwesé and ESPN will also launch an African edition of the ESPN website and mobile app later this year in its effort to bring one of the greatest entertainment to Africans.

Kwesé and ESPN which boasts of an impressive line-up which includes some of the best in American sports, including the NFL, NHL and the NBA will exclusively bring thousands of hours of programming to audiences in 19 countries across sub-Saharan Africa.

Commenting on the launch of the channel, Econet Media President and CEO Joseph Hundah described this as a real game changer.

“In ESPN we have a collaborator that enhances our offering to our viewers. We have always aimed to deliver premium sports programming and we continue to bring the best to our sports fans through our acquisitions of top-shelf sports rights and our investment in our platforms and in how we deliver our programming whether through Pay-TV, Free-to-air or digital mobile platforms. The launch of this channel is significant as it cements our place as a leading provider of sports programming in Africa,” he added.

And commenting on the same matter, ESPN international Vice President Russell Wolff expressed happiness and thanked Econet media to bring ESPN and Sports Centre back to television screens in Africa and expanding the Kwesé and ESPN digital connection with fans.

African viewers can look forward to thousands of hours of ESPN content which will be licensed to Kwesé. Including both live sports and award-winning original programming, the content will appear across the ESPN and Kwesé Sport channels.