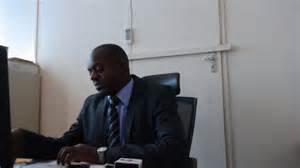 The Zambia information and technology service (ZICTA) has warned members of the public to update their windows system in order to avoid cyber-attacks that affected more than 100 countries on May 12 2017.

He further said that ZICTA was aware of the attacks and continued to closely monitor the sector working with other government agencies to ensure maximum national security.

“The Wanna-cry Ransom ware virus possesses the capability to spread itself as a so-called worm, beside the fact that the ransom ware starts encrypting possible important data on systems and this means on an organization computer network, the initial infection would not only impact one system, but potentially a large amount of systems in the internal network as well. This might result in your business processes coming to a grinding halt”,  said Mr Chaaba.

He further added that the system vulnerability affected all versions of Windows, which had not yet been updated as of March, 142017, except for Windows 10 and Windows Server 2016, as they are already protected in the default configuration.

The attack started on Friday,  May ,21 2017 and had been described as unprecedented in scale, infecting more than 230,000 computers in over 100 countries.

The worst-hit countries were reported to be Russia, Ukraine, India and Taiwan, but parts of Britain’s National Health Service (NHS), Spain’s Telefónica, FedEx and Deutsche Bahn were hit, along with many other countries and companies worldwide.

Mr.Chaaba further urged citizens to update their Operating System(OS) versions on all their computer systems running Microsoft Windows OS to avoid the ransomware virus attack
He further encouraged members of the public to be alert and immediately inform ZICTA by calling their toll free line if affected by the aforementioned cyber-attack.

Bespoke fashion designer Kabaso Nkandu of the fashion label Nkanda Yatu has proven to be a force to be reckoned with in the Zambian fashion...