Lusaka StarService with Excellence
HomeFeaturesAlangizi teachings- are they to blame for Gender Inequality? 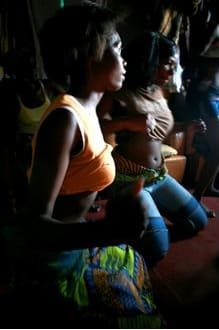 “Initiation is just one component, and I do not think it plays a major part”, she says. “Girls grow up seeing women in submissive roles from a very young age; it is not just what they learn during a few weeks of training”, Iris Phiri. It is a day before the big day “wedding” and all the women are gathered together at a common   function known to many as “chezela”. The mood is very high, the women happily chat and laugh while others are busy cooking around the brazier, there is dancing, singing, and clapping while the bride-to-be observes and is given life lessons on marriage.  This is a common practice in our Zambian culture as the bride-to-be is prepared to be initiated into marriage.

To many Zambian women, this is characterized as the key to a successful marriage. For those that have not undergone these traditional lessons, the whole process is merely a mystery as the women  who undertake these lessons, popularly known as ‘ALANGIZI’  never reveal what is actually taught during these mysterious ceremonies until  the  actual day of the initiation ceremony.

There is an old adage that goes, ‘curiosity killed the cat but satisfaction brought it back to life’. Of course as young ladies grow, they become more and more curious about these famous teachings, and when they finally get an opportunity to attend one it becomes the talk of the day, full of gossip on who did what better than who.

As one walks into the small dark living room, with just one window and the furniture shifted to the side, you are met with cramped women of different ages, from old senior teachers to the recently married matrons, and of course a handful of fellow students. This is where all the teachings to the bride are being conducted.

In the corner, two ladies are seated, holding large drums. As the door closes,  the bride is brought in  and before one can gauge the atmosphere, the ladies start undressing, while others pull up their shirts to reveal their bare bellies and others remain with only their underwear and a 'chitenge' wrapped around their waists.

Without any further introduction, the drums start beating and the women burst out into songs. As the drums become more intense and louder one can physically feel them. The ladies all start shaking and dancing to the rhythm in sync while instructing the bride to be to copy after them.

Most of the dance moves are clearly sexual and every few minutes the song and the beat changes, a new move is introduced. If the bride does not understand the song lyrics, in the Zambian local languages, she is left to guess how some of the motions would actually come in handy in practice.

Mable Chishimba, one of the Alangizi, explains that as the bride watches the more experienced ladies dance, tilting their waste independently of the rest of their bodies, she really doesn’t think her body is capable of doing such. But as she struggles to imitate, the old ladies would go to stand behind her, holding her thighs to make sure only her waist would be free to move.

"No, no, you're doing a Shakira", they would say when she shakes too many parts of her body. When she finally manages to get it right, they clap and cheer with excitement.

Bridget Banda, who went through this training before she got married three years ago, looks back on it as a very positive experience and explains how she has grown after undergoing the traditional marriage lessons.

“I have grown because of it. I see more maturity in myself. Now, when I see women who did not go through it, I think I am much better off”, adds Bridget.

She feels most Zambian men want a woman who is initiated. "Did you not go through training?” is a commonly heard remark from men scolding their wives. In some cases disappointed husbands even end up sending their wives back to be taught more, one of the worst thinkable embarrassments for the family.

Traditional counsellor Florence Mutambo agrees the tradition of Alangizi teaches women to be submissive to their husbands, and sees nothing wrong with that. "They should be like that; it is how things are supposed to be."

However, when looked at from the other side of the coin, it may be tempting to think of traditional women's initiations as a backward practice and see a link with the country's gender equality situation.

Nelson Banda of the Zambian National Women's Lobby says Zambia still has a long way to go when it comes to gender equality and women's participation, pointing out there are currently only 24 women in a parliament of 158 and there are very few women in other leadership positions.

Banda feels there is an imbalance between women and men because of initiation. "Girls go into the marriage very well prepared, but men are not taught how to please their wives, that's the sad part."

Though blaming gender equality issues on initiation traditions alone would be taking it too far, says Iris Phiri, founder of the National Traditional Counsellors Association. "Initiation is just one component, and I do not think it plays a major part", she says. "Girls grow up seeing women in submissive roles from a very young age; it is not just what they learn during a few weeks of training."

Instead Iris feels that this type of counselling, if done in the right way, can have a positive impact on gender equality. That is why her organisation, now counting over two thousand counsellors countrywide, promotes the traditional way of pre-marriage counselling, but with a modern twist.

"We teach them both, women and men together", she says. This adapted form aims to sensitise men to women's rights.
She does admit that the traditional way of initiation has contributed to the problem of gender violence. According to the latest Zambia Demographic Health Study, 61 per cent of Zambian women feel it is acceptable for their husbands to beat them when they deny them sex.

"Some of our culture was bad", says Iris. "But teaching women, and men, is very good, we just have to choose the right things to teach."

Thera Rasing, a Dutch researcher who heads the Department of Gender Studies at the University of Zambia, feels that nowadays traditional teachings are often misinterpreted, distorted by modern views. She says women are indeed taught certain subservience, but much more than this they learn how to handle their husband in a clever way.

They are taught how to avoid conflicts and to negotiate with him to get what they want, leaving him to think he is in charge. So if done in the right way, it actually gives women more power. As one initiation teacher put it, a husband is a bit like a baby. "Just as parents know how to handle their child, a wife should know how to mother her husband."

Traditional counsellor Mutambo wishes all women around the world would have access to training like this. And Iris, sounding almost surprised upon hearing that there are no such teachings in most Western countries, says she would like to spread the message to other parts of the world. "If people are interested, they should come here, or invite us to come. We will be happy to train them, so they in turn can teach others, Iris says.

Share
Facebook
Twitter
Linkedin
WhatsApp
Previous articleBUT WHAT HAPPENS AFTER WORLD AIDS DAY?
Next articleToll gates- is it a remedy to road maintenance in the country?

University of Zambia management says litter at the Goma Fields has become a health hazard and poses a huge challenge to Managment. THE...