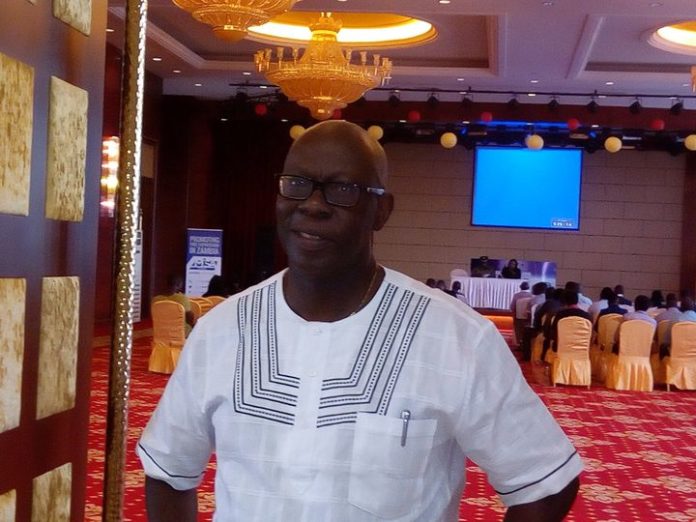 Government says the late veteran journalist and media trainer Edem Djokotoe will be remembered as an expatriate that immensely contributed to media professionalism in the country.

In an interview with Lusaka Star, Ministry of Information and Media Spokesperson Thabo Kawana said that journalists should seek to emulate Djokotoe’s professionalism and work ethic in order to ensure that journalism remains a respected profession.

” Djokotoe envisioned an army of journalists that are professional, and his death comes at a time when one of our young journalists, Jonah, got awarded by BBC for his professional work,’’ Kawana said.

He further said that government considered Djokotoe as an important partner in the fight against cancer as he used his profession to create awareness of the disease.

” Despite being afflicted, Djokotoe became a warrior and ambassador in fighting cancer as he and the late President Rupiah Banda were categorical about bringing to light issues to do with cancer,’’ the ministry spokesperson said.

Meanwhile, MISA Zambia Chairperson Father Barnabas Simatende said his organisation will remember Djokotoe for his profound contribution to MISA Zambia and the development of the media industry at large.

” We will remember him for his passion for quality journalism and leaving a footprint in the profession that is unmatched spanning from his flagship column, ‘Mind Over Matter’and ‘Soul to Soul’ in The Post Newspaper and authoring various media literature including a handbook titled ‘An issue-based journalism’ ’’ Father Simatende said.

Djokotoe graduated at Evelyn Hone in 1982 with a diploma in journalism, and went on to have an illustrious media career as lecturer at both Evelyn Hone and Zambia Institute of Mass Communication (ZAMCOM).

He was also the first Training Editor of Post Newspapers and a founding member of the Southern African Media Trainers Network, a position which made him undertake extensive media training and communication consultancy in the SADC region.

After an overwhelming performance by sixteen ladies to win the title of Miss Universe Zambia, Didia Mukwala emerged victoriously and carried the title. The 26-year-old...