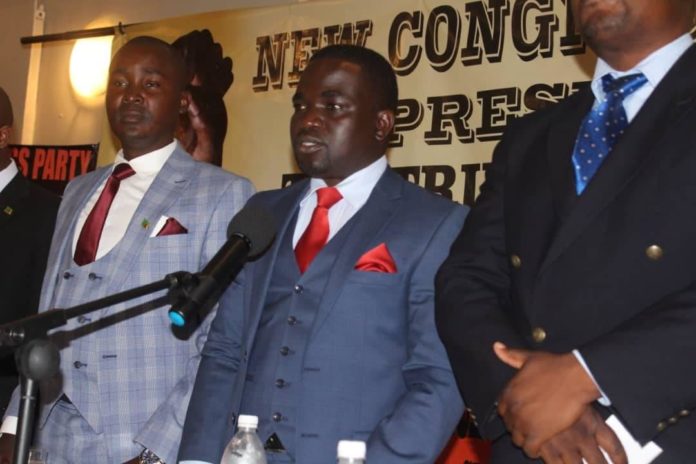 New Congress Party (NCP) President Pastor Peter Chanda has urged youths across Zambia to be productive and fight unemployment so as to contribute positively to the economy of the country.

Mr. Chanda said this when he was hosted at a live program  on Zambia National Broadcasting Corporation’s (ZNBC) Radio 2  in Lusaka.

“There are a few people are looking for employment but there are a lot who just sit idle and still think someone will give them a job on a silver plate,” he said.

He encouraged youths to decide their fate by planning their destiny before the end of year and make resolutions so as to make sure they attain productive goals in society.

Meanwhile Pastor Chanda also featured on KNC Radio program and also encouraged politicians to reconcile among themselves and avoid politics of name calling and defamation.

“Politics of personal vendetta is not needed on the political scene and we must continue living in harmony with no violence and hatred,” he said.

He said politicians must reflect and introspect on their lives and reconcile with one another so as to maintain peace because politics was not about masculinity but rather patriotism.

Pastor Chanda also called on the legislature to revise the grade 12 clause that was included in the amended Constitution particularly Act No.2 of 2016 which mandates public office bearers to have a grade 12 certificate.

“The grade 12 clauses has not done the country any justice because we have a lot of intelligent people who do not grade 12 certificates and yet have been denied an opportunity to govern,” he said.

He further called on every Zambian to respect the Presidency stating that leadership was ordained by God urging all citizens to redefine their lives for their country to remain peaceful and united.

The NCP leader whose party is governed on the four pillars of peace, unity, stability and productivity said the peace Zambia had today should not be tempered with or taken for granted as the forefathers of the country sacrificed a lot for it.

He further clarified claims that his party had no members in Southern Province stating that the party had more members than what other opposition political parties had.

Police in Mansa have received a report of a man murdered over money owed to the suspect's mother  in Chief Chimese's village. The man identified...