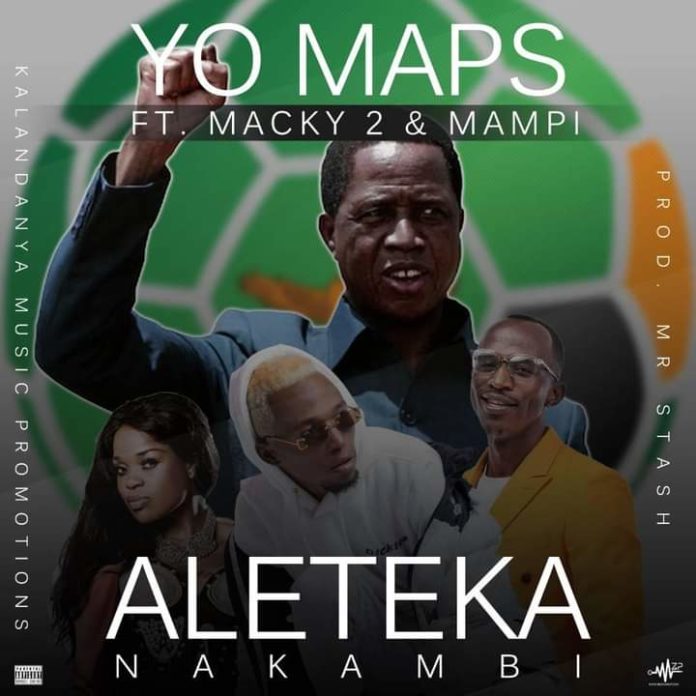 When it comes to citizens expressing their dislike of content put up on various social media platforms, public figures do not have it any easy.

As the campaign season for the 2021 General Elections commenced, the Patriotic Front (PF) wasted no time recruiting musical artists such as Yo Maps, Macky II, Mampi and Dambisa to release Aleteka Nakambi as their campaign song.

The song, whose direct translation means he will rule again, has received backlash from fans who went as far as disliking the song on the YouTube channel it was posted.

The artists, as well as their music promoter, Kalandanya Music Promotion (KMP) have been accused by fans of politicizing their music and supporting the PF.

However, the backlash has received a clap back from some of the artists themselves.

Singer Yo Maps said he does not pay attention to the negative criticism he is receiving from the public and given another opportunity, he would sing for the PF again.

He also explained that artists do not have enough finances to carter for their daily needs and singing campaign songs is simply going an extra mile to make more.

When you are offered an opportunity to make your life better, it is wiser to embrace it because music shows in Zambia do not pay for all our expenses like fuel, rentals, clothes and other fees. We live for survival,

Rapper and KMP Manager Macky II explained on his Facebook page that most people who want democracy do not want it for everyone and the same people who cry for freedom of expression do not want others to express themselves.

He said one of the reasons there is so much political violence in the country is because people with different opinions are looked at as enemies yet everyone has the right to choose who they want to see lead them.

We don’t politicize the entertainment Industry, ifwe ni business fye (us it is just business). If you pay, it will show. Just tell your party leaders to hire artists to sing for them,

He also said this is an election year and citizens should instead focus on speaking through their votes when the time comes.

He added that musicians need to be included in the national budget to allow their talent to be promoted and appreciated to the fullest.