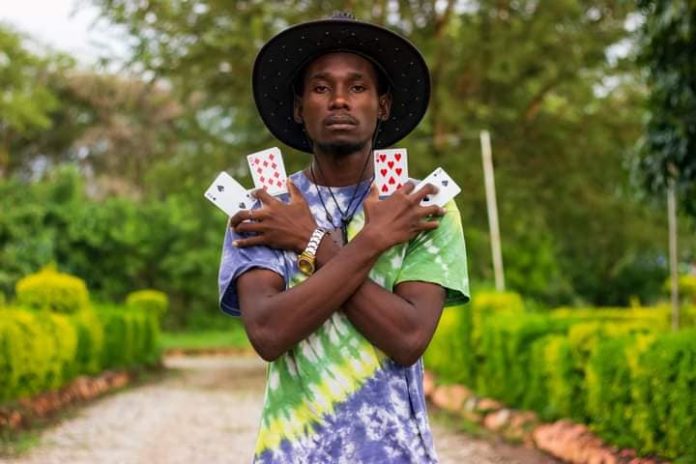 For many years, practicing magic in Zambia has been associated with witchcraft and for this reason, many people who were interested in the art ceased performing it.

However, recently magic has become a rising art as many people have taken keen interest in exploring this talent and making a living out of it.

Schools such as Alliance Française de Lusaka as well as companies such as Coca-Cola, MTN and ZAMTEL continue to encourage the art by providing and organizing events that welcome magicians.

And because of the availability of such platforms, youths like Shikapwasha Sokotela, popularly known as Shika the Magician, are bringing magic back by performing in schools, carnivals and many more places.

Shika the Magician is a passionate youth who uses his art talent in magic as an entertainment tool.

He is a self-taught card magician as well as student at the University of Zambia (UNZA).

Speaking to Lusaka Star, the young magician said he became interested in magic after watching a group of magicians perform at his primary school in grade three.

The magicians that came to school that day performed some coin tricks and also pulled out a sword from my friend’s buttocks. Because of that, I took interest in magic,

He explained that his interest in magic was aroused and he wanted to learn how to perform magic tricks. Unfortunately, he was unable to contact the magicians, but he was not discouraged because he still had passion to learn the art.

The card magician added that despite his desire to learn magic, there was no one to teach him the art until his uncle performed a few tricks during a family gathering.

I was surprised when I found out my uncle could do magic. He had a small book that he used to write tricks about magic and from that I learnt some of my magic tricks. [However], I couldn’t learn a lot because we lived in different towns,

As he grew older, Shika bought a phone which he used to download books on magic and began teaching himself. And that marked the beginning of his work as a magician.

He explained that he was only able to perform in front of an audience when he was in grade 11 because some tricks were hard to master hence taking more time to learn.

I met a friend in secondary school who was also interested in magic and we started performing magic tricks in class during break time. When I measure my growth, I have grown a lot from the time I came to UNZA,

He told Lusaka Star his goal is to own a school that teaches magic in Zambia.

To achieve this dream, he has already opened a magic class at UNZA but had to pause it due to Covid-19 restrictions.

Shika urged Alliance Française de Lusaka, one of the well-known sponsors of arts in Zambia, to create a class for pupils interested in magic. He also encouraged upcoming magicians to practice more and put in the best they can.