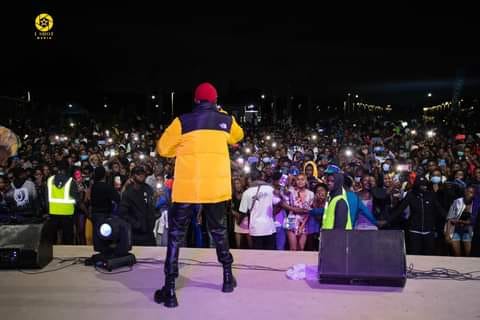 University of Zambia Students Union (UNZASU) has disclosed that it made a profit of K 1,050.00 from last month’s freshers bash which attracted an attendance of 2000 people.

Speaking when he presented the event report to the Student Representative Council (SRC) General Assembly, Saturday, Minister of Social, Cultural and Mobilization, Kashumba Busenga said the profit will be directed towards the painting of the international students’ common room.

”This project shall promote international relations in the University as it shall foster a more conducive environment for all our students, including the international students, ” said Busenga, who is also known as Sweet Vibes.

According to the freshers bash event report seen by Lusaka Star, the K75, 000 was spent on paying 11 artistes, namely; Towela, Y Celeb, F Jay, T-Sean, Bow Chase, Prince Luv, D-Boy, among others.DJ Cranky and DJ Ryths walked away with the largest share of the profit as they were paid K 12,500 and K 5000 respectively.

Busenga however said that eight days before the bash, organisers unearthed a scam which involved the production of 500 fake tickets.

”Upon discovery that there were 500 fake tickets that were produced and sold by a third party, the organisers arrived at a consensus not to punish the victims of the scammers and allowed all those who bought the fake tickets to attend the event at the loss of the organisers,’’ he said.

He further said that East Park management gave UNZASU a grant of K15, 000 which was spent on paying Bobby East, private security services and the Zambia police.

Busenga proposed that the freshers bash should in future be used as a fundraising venture as this year’s limited budget rendered all the profits made to be redirected to the payment of artistes, private security, comedians and entertainers.