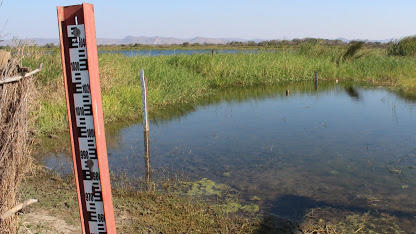 The Water Resource Management Authority (WARMA) has expressed concern over the low levels of groundwater which have hit their lowest in ten years.

WARMA attributed the low levels of water to reduced rainfall leading to less water recharge and increased social-economical activities that are dependent on groundwater which has exacerbated the situation.

WARMA Public Relations Officer Joshua Kapila said the Authority has a number of ground and surface water monitoring stations across the country where it monitors water levels and river flow discharge to better inform development and planning in the country.

He noted that with such a scenario, it is highly unlikely that there will be full recovery of ground water levels for the period 2019/2020 and that the situation may be worsened by the effects of climate change.

We strongly advise the general public and institutions in regions such as Eastern, Southern, Central, Copperbelt and Lusaka provinces to consider drilling boreholes to a depth ranging from 70 to 120 meters depending on the geology of the given area.

He explained that the measure is meant to ensure that resources spent on drilling boreholes are not wasted as a result of boreholes drying up due to receding groundwater levels.

The public should employ water conservation practices at all times to ensure sustainable utilisation of the available resources.

Mr Kapila added that the analysis of data from gauging stations located on the Kafue River showed that the water levels for the season 2019/2020 are comparatively lower than those recorded during the same period last season (2018/2019) and also below the long term average water level.

This was after WARMA analysed groundwater data from its groundwater monitoring stations for the period 2019 to 2020 in comparison to the 2018 to 2019 season.

Government has announced that all schools in Zambia are to be closed effective Friday, 20 March, 2020 as a heightened preparedness strategy in view...