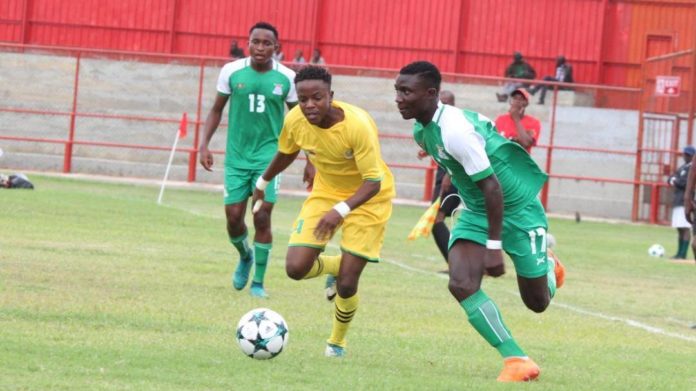 The under-20 national team faces Angola in the COSAFA semi-final match set for Nkoloma Stadium in Lusaka tomorrow.

To sail through to this round, Zambia battled and beat Botswana 5-0 in their first group A game, they beat Comoros 2-0 in their second game and also defeated Malawi 2-1 in their last.

With their nine points in Group A, Zambia dates Angola who also has nine points in their Group C at the on-going Under-20 COSAFA tournament being held in Lusaka.

Angola looked imperious as they topped Group C, scoring 13 goals and conceding only one, while Zambia was equally impressive in Group A.

Zambia is hoping to lift the title for the first time since 2016, while Angola can reach its first final since 2011. The Young Palancas Negras have been to four previous deciders in this age-group but never lifted the trophy.

And that will not worry 2019 COSAFA Under-17 winning coach Osward Mutapa, who was also appointed to take charge of this under-20 team and says that he is prepared for the next match against Angola in the semifinals.

Angola will not be an easy team because they are equally playing well but the boys are ready for this game and to reach far in the competition, which is everyone’s aim.

In Another semi-final match, South Africa and Madagascar face each other after finishing with 7 points each in their group B.

Whoever said music is a ‘global language’ might have got it right. A musical piece composed in one remote village could be fully appreciated...