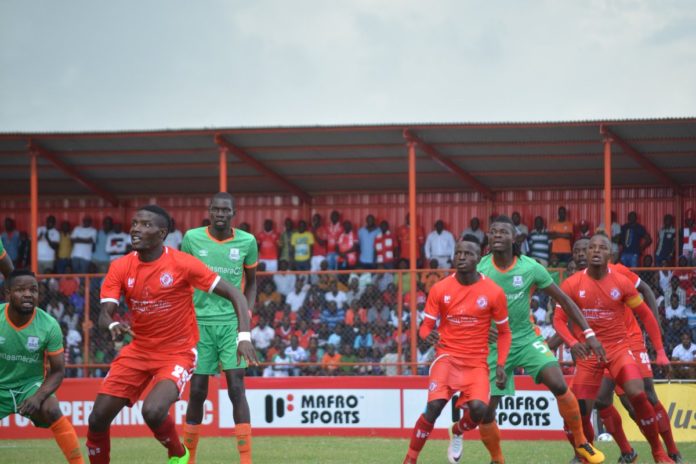 Two Zambian football sides Nkana and ZESCO United are set to meet in the CAF Confederation Cup group stage for the first time in history after the two sides were drawn in the same group today.

Nkana and ZESCO were both put in group C together with Al Hilal of Sudan and Asante Kotoko of Ghana.

The draws also saw group A loaded with three teams from Morocco while group B also saw E.S.S and CS Sfaxien both of Tunisia put in the same group.

Group D is the only one with all teams coming from different countries, with Gor Marhia FC of Kenya, NA Hussein Dey of Algeria, Athletico Petroles of Angola and Zamalek of Egypt making the group.

“Winning the confederation cup will not be an easy job of course, but we will work hard to achieve the target, everyone knows how important it is to put in the very best for the goodness of the team,” he said.

Lwandamina said it was the objective of the club to win the competition after failing in the CAF champions league last month.

He told journalists upon arrival at Simon Mwansa Kapwepwe Airport yesterday that the team will take every game serious and that he will not allow complacency get to his players following his side’s five goals to two aggregate score over the South African giants Kaizer Chiefs.

And ZESCO skipper Jacob Banda said the Ndola giants had what it took to go all the way and win the confederation cup for the first time in history.

“We have to go all the way up until the final and win the championship and I think this time around we are capable of doing that,” he said.

He also admitted that Kaizer Chiefs were favorites because they had much experience in continental games and that the team felt happy to win both legs of the encounter against the book markers’s favorites.