Lusaka StarService with Excellence
HomeSportsMATERO MAGIC PROVES TOO MUCH TO PACERS, SUNS 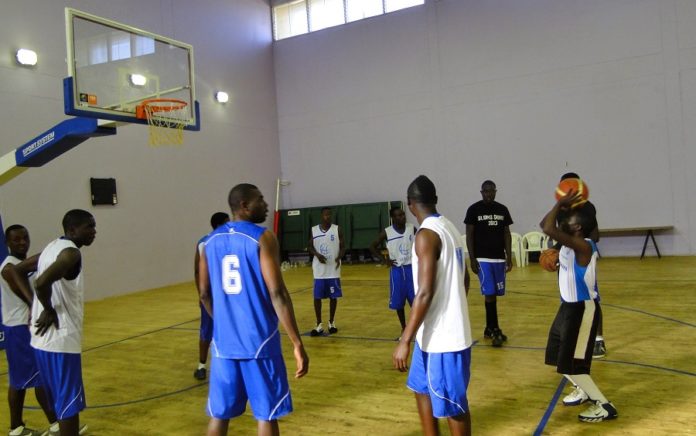 MATERO Magic Basket Ball Team has beaten two title hopefuls in Midlands men’s Basket Ball league after proving much to both Munali Suns and the University of Zambia (UNZA) Pacers on Friday and Sunday respectively.

The Matero outfit bettered Munali Suns with an 86 to 74 baskets, a result which moved them into second place before beating UNZA Pacers 72 to 68 baskets two days later to move first on the table.

Matero Magic and Munali Suns were tied on 37 points before kickoff on Friday, although the later had a one basket advantage which positioned them in second place ahead of Magic.

UNZA Pacers on the other hand were in control of the table until Sunday afternoon and now sit on 40 points, one behind new leaders Matero Magic.

“The title race is now open and any of the three teams (Matero Magic, UNZA Pacers and Munali Suns) can actually win the league, all we need to do is not to lose concentration and forget about the results we got yesterday and on Friday,” he said.

Mr. Shamboko told Lusaka Star that he had so much respect for all the teams in the top three and was aware that any slight loss of concentration would cost his team’s hope of claiming the title.

He said Basket Ball in Zambia had evolved and every game was tough and warned that there were no longer underdogs in the league anymore.

The Magic coach also revealed that morale was very high among the players since Friday’s win against Munali Suns, the result that many analysts said was a ‘bitter sweet revenge’ for the Matero outfit following two consecutive defeats against the same side this season alone.

“Every player wanted to play on Friday and Sunday, the morale is unbelievably high and the players are very excited about the prospect of winning the league,” he said.

Away from the top three crashes, NAPSA Hurricanes proved too much for bottom of the table side Nishati Denvers with a 73-67 win while promotion side Bulldogs Basketball Academy waved off relegation threats by beating Lusaka City Council Looters 74 to 53 baskets.

The loss by the Council club also meant Green Buffaloes were able to climb into fourth position and in prime position to qualify for the national championships series.

Elsewhere, Green Eagles all but confirmed their exit from the league following an 80 to 64 loss to Hawks, the later only safe from relegation after the game.