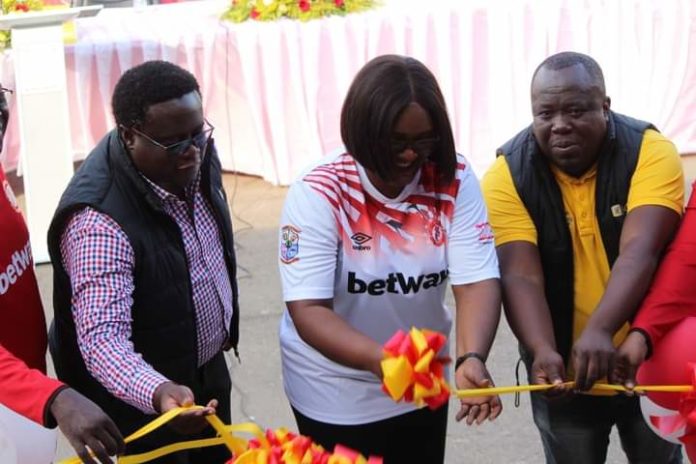 Nkana Football Club has partnered with MTN Zambia in order to allow its supporters to pay for the club’s services and merchandise through the network service provider’s mobile money services (MoMoPay).

The Nkana Football Club MTN MoMoPay Merchant Code will allow supporters to pay for membership, season tickets, replicas and other Club merchandise, and also make donations to the club.

Speaking at the launch of the partnership on Friday, MTN Copperbelt Regional Commercial Head, Mayimbo kalengo said his company is honoured that supporters of the biggest club in the country will be using its mobile money services to provide financial resources to the club.

”As MTN, we are humbled to be given this opportunity to contribute to the football fraternity in Zambia, especially here in the Copperbelt,” Kalengo said.

“Nkana has chosen MTN as their mobile platform and this will enable supporters to pay for membership fees, buy club merchandise and pay for matchday tickets.”

Meanwhile, Nkana FC President Chikusi Banda said the use of MTN’s MoMoPay to purchase various club services and merchandise will improve the ailing financial status of the Kitwe-based side.

“MoMoPay is a safe and secure cashless payment mode, and is very convenient for the users. Therefore, the importance of this launch cannot be over emphasized as it will greatly assist not only the club, but also many supporters and well wishers in advancing the club’s financial status,” Banda said.

And speaking at the same event, Kitwe Mayor Mpasa Mwaya has applauded Nkana
for embracing the digital world in all aspects of its operations.

”The secretariat and the executive of the club should not hold back in enabling it to participate in various business ventures that will contribute to the finances of the club,” the Kitwe Mayor said.

Substance abuse is seen to have  numerous negative impacts on the community. From one becoming an addict and engaging in criminal and dangerous activities...