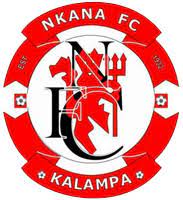 Mopani Copper Mines has unveiled a new executive committee for Nkana Football Club ahead of the 2022/2023 FAZ MTN Super League.

In an interview with Lusaka Star, Chikusi Banda said his newly appointed executive committee will work hard to bring back trophies to the club as Nkana remains the biggest team in Zambia.

Banda also said that his first task as club president will be to improve the relationship between the executive committee and club supporters of the record 13 times league champions.

“My strategy is to make sure that we work together with the supporters in finding resources for the club, observe transparency and accountability and ensure that we have our annual general meetings,” he said.

The president added that his executive will make the club innovative in order to lessen its dependence on the main sponsors, Mopani Copper Mines.

“we are expected to exceed the sponsors’ expectations, whereby we go out, flat out and look for more sponsors, and not behave like cry babies who are always crying out to their main sponsors,” Banda said.

Meanwhile, Nkana Supporters National Executive Committee Chairperson Emmanuel Zulu said the new executive committee is assured of the supporters’ backing as long as it performs to their expectations.

”Nkana supporters hope that the club builds on last season’s fourth position finish in the league. We hope that this season we can do everything to win the league ,so we are actually hoping that they are the right people to help achieve that,” Zulu said.

Popular Nkana fan Sydney Musonda and Nkana Media Officer Lilian Musenge are among the notable names that have been appointed to the executive committee.

Over a 30 year period, the world has made remarkable progress in terms of findings and development of mining industries and issues to deal...