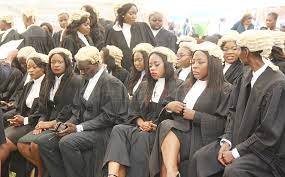 A University of Zambia (UNZA) senior lecturer in the School of Law has attributed the poor performance of students at Zambia Institute of Advanced Legal Education (ZIALE) to having unqualified lecturers in law schools which are not properly constituted.

In an interview with Lusaka Star, O’brien Kaaba  said there is no quality guarantee control to ensure that universities and colleges offering law degrees  have qualified personnel who can prepare students for ZIALE examinations.

We have backyard universities and colleges without well trained law lecturers, libraries among others, hence making it difficult for students who graduate and decide to go to ZIALE for further studies,

The problem is not with ZIALE but  with the liberalisation of the education sector without appropriate quality guarantee control hence anyone can open any college or university.

Kaaba has since encouraged  UNZA law students who plan on going to ZIALE to adequately prepare as the institution will not lower its standards.

ZIALE has its own standards and it will never lower its standards for anyone, so prepare well when you still have a chance,

Meanwhile, a third year UNZA law student ,who spoke on condition of anonymity, said law schools, including UNZA School of Law, are producing half baked graduates who are not adequately prepared for ZIALE examinations.

For example, at UNZA in our class, we had this course which I will not mention  in which the lecturer honestly speaking did not do a good job teaching how to go about it, despite it being a very important course in our legal career path,

At ZIALE, we will meet up with that course and trust me, it might be still challenging to some cause we were half baked in University.

In the last  ZIALE legal practitioners qualifying examination held between September 20 and October 4, 2021, only one student managed to pass out of the 395 students who sat for the examinations.

History sparkles with examples of renowned people who are products of the University of Zambia. Every year, the University produces an average of 4,000...