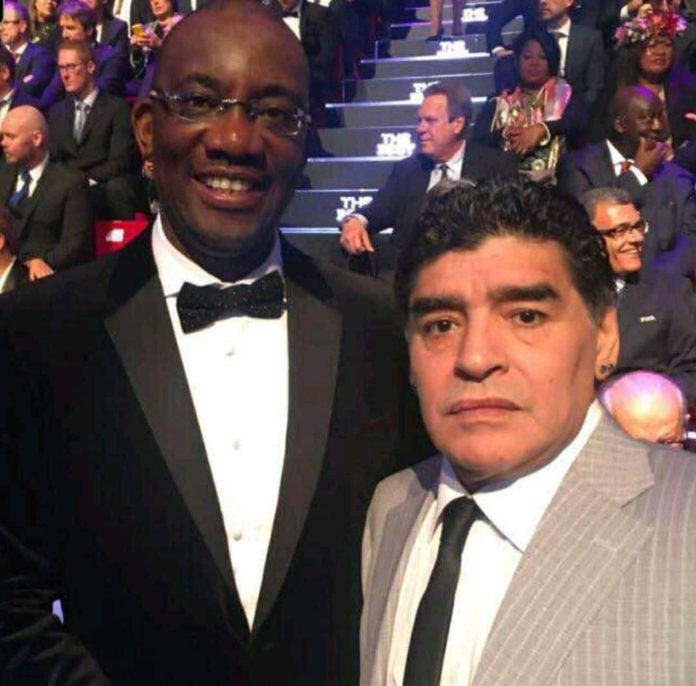 Football Association of Zambia (FAZ) President Andrew Kamanga was no exception as he posted a picture of himself and the Argentine legend on his Facebook page captioned “RIP”.

The former Argentina coach died from a heart attack at the age of 60 after reportedly complaining of low spirits and fatigue.

His death was announced by the Argentina national team’s official Twitter account on Wednesday, who paid tribute to one of the nation’s favourite footballing sons.

You will be eternal in every heart of the football world,

the message stated as it bade farewell to the icon.

Meanwhile, football players and coaches such as Argentina and Barcelona captain wrote:

He has left us but he isn’t going anywhere, Maradona is eternal.

One day, I hope we can play football together in the sky,

I still can’t believe it. Maradona has passed away, Rest In Peace Legend.

And Socialist Party leader Fred M’membe described the football icon as a socialist, anti-imperialist and arguably the best football player.

The diminutive left-footed forward played for Boca Juniors, Barcelona, Napoli, Sevilla and Newell’s Old Boys, and was a coach for Racing Club, Dorados, Gimnasia and the Argentina national team.

Maradona was instrumental in taking Argentina to their second World Cup triumph in 1986, captaining the team that prevailed over West Germany in the final under the stewardship of Carlos Bilardo.

The former Argentina attacking midfielder and manager died at his home in Tigre, near Buenos Aires.

The Children’s Environmental Health Foundation (CEHF) has hailed Civil society organizations in Zambia and Africa at large for their continued support and effort in...