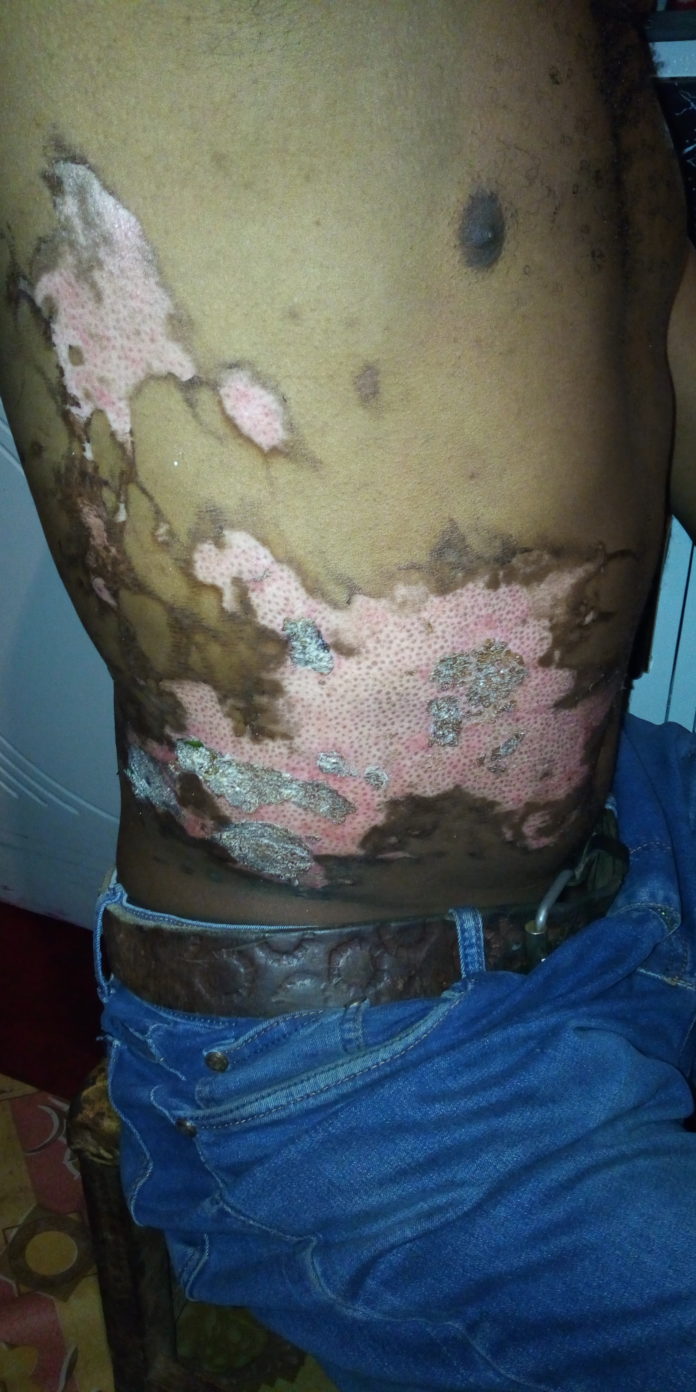 A 36-year-old Chawama man will live with permanent scars for the rest of his life after a hot pot of boiling cassava relish was poured on him by a woman he abandoned for another because he could not make her pregnant.

Tobias, aged 36, is nursing severe burns on the chest, stomach and the groin.

This is after 33-year-old Rose Tembo woman of Chawama Compound in Lusaka poured a hot pot of cassava relish on him for leaving her.

In an interview with Lusaka Star, Tobias said he had been cohabiting with Rose for three years but decided to leave her because she could not give him any child.

Tobias, who withheld his other name, said that he was now living with another woman in John Laing, but Rose who is obsessed has been following and pestering him.

He said on the fateful day, around 19.30 hours on Easter, on 21st April, Rose turned up at his new home in John Laing upon which a fight ensued, and in the process she picked and poured a hot pot on him.

“In the process of fighting, Rose picked a boiling pot of Katapa (cassava leaves) and poured it on me, scorching me from my left breast, stomach and waist,” he said.

Tobias however  said he was not interested in reporting Rose and getting her punished by the law.

He  said that Rose had been married to three men before and he would not want to commit his life to such a kind.

“I am not going back there, I love my new girlfriend,” he said adding that he had nothing to do with Rose as she was violent and just a problem in his life.

THE Zambia U20 Rugby team have intensified their preparations ahead of the Continental Rugby tournament slated for Kampala, Uganda on May 14, 2019. Speaking in...