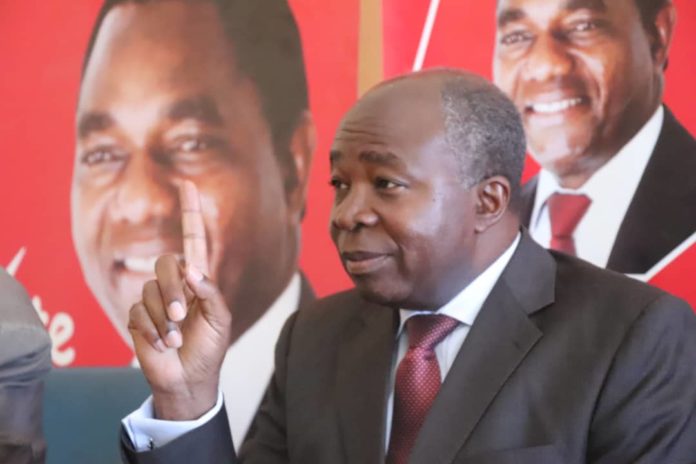 The United Party for National Development(UPND) has dispelled accusations by the Patriotic Front that the UPND leader, Hakainde Hichilema, has written to the Chinese Government asking it to stop funding road projects in Zambia.

Party Chairperson for Finance and Economics, Dr. Situmbeko Musokotwane, said the PF wanted to use the purported letter as means of discrediting the UPND by claiming that the UPND leader should be blamed for the failure to complete projects such as the Lukulu-Katunda road in Western Province.

“The PF is in the habit of taking road construction machine to places where there is a looming bye-election and remove them immediately after,” he stated.

He said that before the forthcoming by-election the PF took some machinery to Mangango to do the Lukulu-Katunda road and only to remove it later on the pretext that HH had written a letter to the Chinese asking them to withdraw funding for the same road.

“That move is meant to deceive the people of Mangango on thinking that HH is responsible for stopping China from funding road projects in the constituency,” he said.

Dr. Musokotwane further clarified that the letter to the Chinese Government had nothing to do with suspending funding towards roads or any other infrastructure projects.

He said that the letter only highlighted the continued debt contraction by the PF which had placed the country into a crisis which might be soon unsustainable.

The Centre for Trade Policy and Development (CTPD) has called on the government to consider cutting on expenditure instead of coming up with measures...