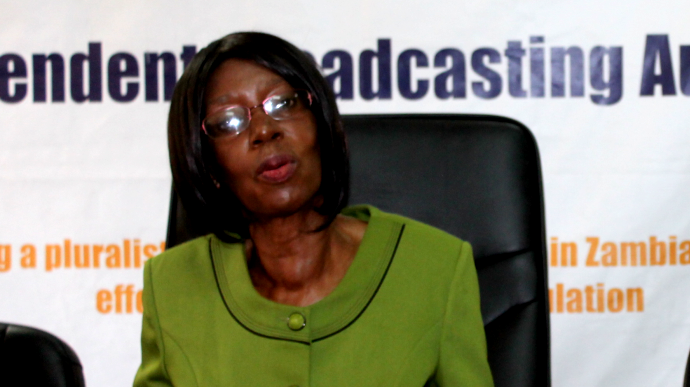 The Independent Broadcasting Authority (IBA) has condemned the harassment, violence and damage to property that the media fraternity in Zambia continues to face.

IBA Director General Josephine Mapoma said broadcasting stations have a crucial role to play in providing information to the public, and any disturbance to a station is an infringement on media freedom and the public’s right to information.

Mrs Mapoma was speaking in reference to an incident that occurred late in April at Power FM Radio in Kabwe after a program featuring Dr. Chishimba Kambwili was disrupted.

“The Authority is particularly dismayed that the people’s right to information is disrupted when the media is threatened,” Mrs. Mapoma said.

The Authority also condemned the reported attacks and harassment of Journalists at Radio Maria of Chipata on Wednesday after a political program was aired..

She said the authority was further saddened that these incidences have occurred in the week when Zambia joins the rest of the world in celebrating World Press Freedom Day, which falls on 3rd May each year.

Mrs. Mapoma has urged all political party sympathizers to follow the laid down procedures of registering their grievances about any broadcast material they find problematic as opposed to engaging in violence.

“Complaints or any misgivings about media coverage must be made to the concerned station within three months of the broadcast. Should the station fail to make good or correct the complaint raised within fourteen days, then the complaint can be addressed to the IBA,” the Director General urged.

Mrs. Mapoma has further advised that when an unfortunate incidence of violence occurs against a person and or a broadcast station, the incident must be reported to the Police.

The Energy Regulation Board (ERB) has revealed that it collected in excess of K 330 million in revenue from January to November, 2021. Speaking during...