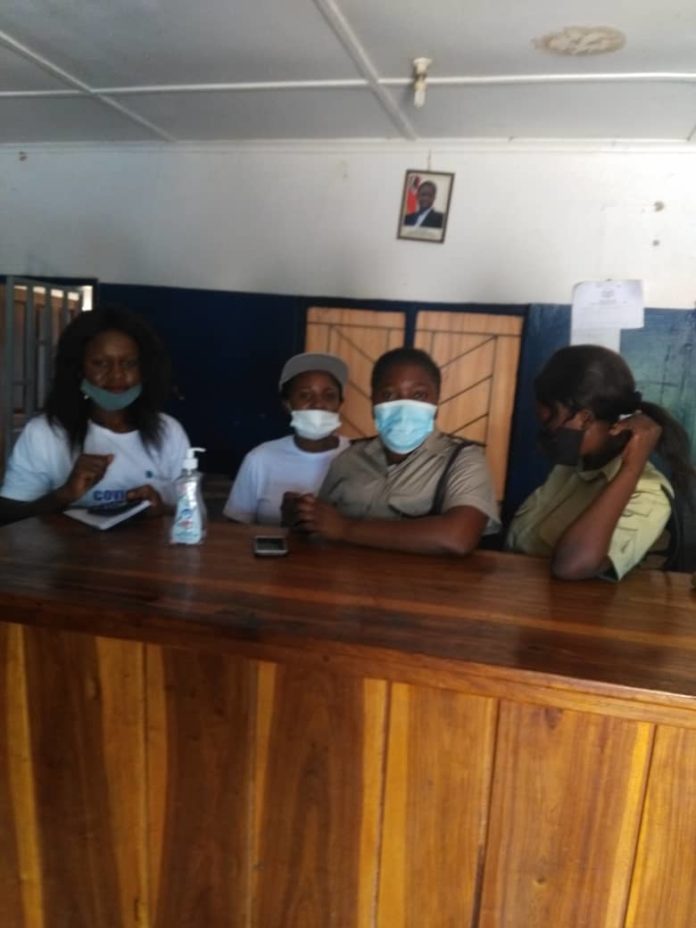 The Children’s Environmental Health Foundation (CEHF) has commended the Zambia Police Service at Highland Police Post in Livingstone on the high levels of compliance with regards to the COVID-19 pandemic.

Speaking during an awareness campaign, CEHF Chairperson and Country Coordinator, Michael Musenga stated that the high compliance levels on the national guidelines set by the Ministry of Health on COVID-19 showed that the police service was not only at the forefront of enforcing the law, but also the forefront of protecting the public and people in custody.

Mr Musenga said that it was quite commendable to see the police service protecting both themselves as well as those in custody as it exhibited responsibility by the public service.

“People in custody are also at the high risk of contracting the COVID-19 virus and if any outbreak were to occur in the police cells, it would be quite difficult to control,” he said.

He encouraged other police posts and stations to emulate Highland Police Post and ensure that all guidance and compliance levels were met so as to continue promoting public and personal health.

Meanwhile, CEHF in conjunction with the Livingstone City Council and Ministry of Health also visited Livingstone Intercity Bus Station to check on the compliance level of the guidelines.

Mr Musenga stated that it was observed that some booths such as that of Mazhandu Family Bus Services did not have a handwashing facility on sight or a disinfectant.

He mentioned that other booths like that of PowerTools buses had a handwashing facility on sight without a disinfectant.

“The staff from all the bus services were noticed to own face masks yet they seemed relaxed to wear them rightly and their waste generated is collected in plastic bin bags,” he explained.

Mr Musenga also stated that the team later visited the Livingstone boarder (Zambia/Zimbabwe) and had noted that the boarder had a health post that aids in providing professional health care.

He observed that there was a handwashing facility on sight and a liquid disinfectant and that everyone at the border, working or crossing, was required to wear a face mask.

“There were only a few seen loitering around without face masks on or properly worn,” he stated.

Mr Musenga mentioned that the waste generated at the border was collectively collected together with other medical wastes and picked up by the District Health Officers.