Lusaka StarService with Excellence
HomeNewsCEHF enlightens Southern Showgoers on the effects of dental amalgam in dentistry... 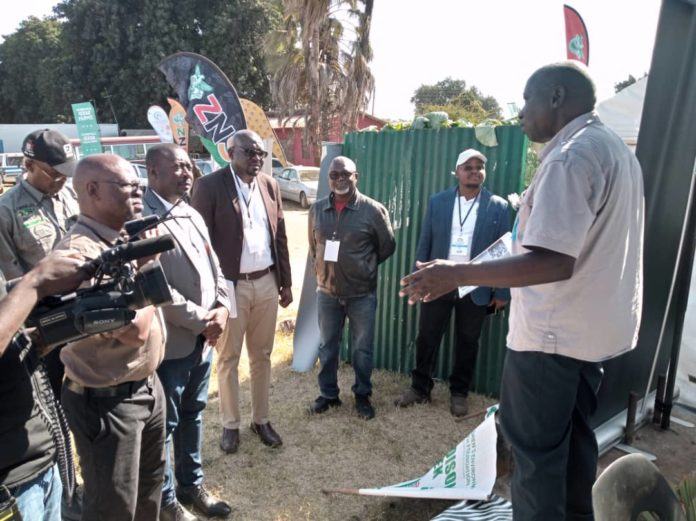 A green and white canvas printed with a mission statement; To protect children’s rights and other vulnerable populations at risk from all forms of environmental health hazards and chemical threats that inhibit child development decorated the stand of the Children’s Environmental Health Foundation (CEHF) at the Southern Province Commercial Show in Livingstone.

The attractive gazebo lured showgoers into inquisition who could not help but stop by and fulfil their curiosity about what the stand had to offer during this year’s Commercial Show in Livingstone.

In an interview with Lusaka Star, CEHF Chairperson Michael Musenga stated that the organisation was stationed at the Commercial Show to educate showgoers about the effects of using dental amalgam as a tooth filler.

“Zambia should not be used as a dumping ground for products that are banned in developed countries because Dental amalgam has no place in Zambia as alternatives are available such ionomer,” he stated.

Musenga stated that CEHF in collaboration with the government under the Ministry of Health, the Zambia Dental Association (ZDA), public and environmental health specialists, legal experts, academicians and the Zambia Environmental Management Agency (ZEMA) were in the process of developing a legally binding instrument to stop the importation of Dental amalgam and other related mercury-containing products such as fluorescent tubes and cosmetics containing mercury and lead.

“The Government has even stopped training dentists on dental applications of dental amalgam which are bad for patients,” he stated.

Musenga stated that the use of Dental amalgam in children was halted 21 years ago in all government Hospitals and that it was important for Zambia to ban the importation of dental amalgam in order to protect the health of children as well as pregnant women.

He said that the country needed to ban the use of mercury in dentistry and make mercury use in dentistry a history so as to promote local and national health in response to the global call of promoting universal health coverage for health all.

Zambia is a party to the signatory to Minamata Convention on Mercury that came into force on August 16, 2017. This is an international treaty that aims to protect human health and the environment.

A local recording artiste and radio presenter, SOBRE has advised his fellow artists in the entertainment industry to help one another so as to grow music...

Life of an UNZA Moma (University of Zambia female student)