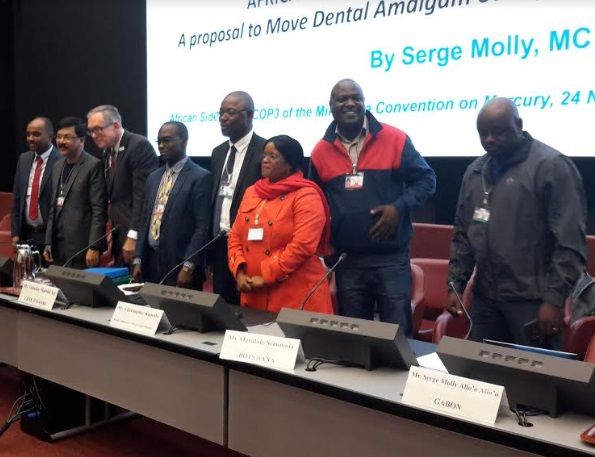 The World Alliance for Mercury-Free Dentistry has called on non-government organizations in Africa to combine strategies and focus on ending the use of dental amalgam.

In an interview with the Lusaka star, President of the World Alliance for Mercury-Free Dentistry, Charlie Brown noted that African governments and non-government organizations have played a vital role in leading the continent and globe toward ending the use of dental amalgam and need more partnerships and collaborations in ending the use of the toxic substance.

Brown stated that the World Alliance for Mercury has for the past 12 years put Africa on an equal basis with the rest of the world on ending the use of dental amalgam in dentistry.

“Our phenomenal success at the Minamata Convention COP4 in March 2022 in Indonesia, brings a new floor, a new minimum: No amalgam for children under 15; no amalgam for pregnant or breastfeeding women.   This amendment entered into legal force on June 24, 2022,” he explained.

The Alliance President had urged African countries, especially Zambia to spearhead the process of ending the use of amalgam in dentistry, especially for children, pregnant women, and breastfeeding mothers.

The legal practitioner and consultant stated that as it is required in the Minamata treaty, it is vital to end the use of amalgam in children in Africa as it preserves the health of every generation to come.

Meanwhile, the Children’s Environmental Health Foundation Chairperson Michael Musenga expressed gratitude towards the Alliance’s support to African NGOs in combating the use of dental amalgam in dentistry.

Musenga stated that in Zambia, the use of dental amalgam was banned 21 years ago in all government hospitals.

“Zambia is the party to the signatory to the Minamata Convention on Mercury that came into Force on 16th August 2017 and we have been working towards some of the convention agreements and that is to protect children, pregnant women, and breastfeeding mothers,” he stated.