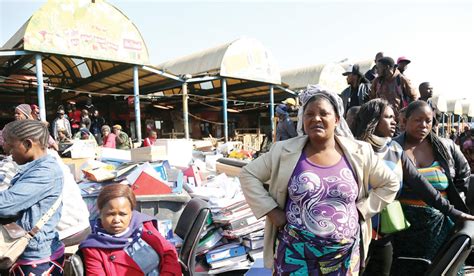 Provision of adequate toilets in public places is one of the major steps that local authorities can take in prevention of diarrhea and water borne diseases such as a Cholera.

And after being severely hit by cholera last year around this time, Lusaka city council could have made significant efforts in this direction.

While the Lusaka City Council, the Ministry of health and its Local Government counterpart must be commended for getting rid of street vendors in the Central Business Center and undesignated trading places, some traders such as those running Mobile Money business and a few pockets of vendors have remained.

These have continued to pose health dangers as these places do not have toilets.

This has resulted in open defecation in public areas, situation which is a recipe for Cholera outbreak.

One place that has become a high open defecation area is the space between University of Zambia Goma Fields and Kalingalinga compound mainly because of traders that frequent the campus and those trading at the entrance into campus from Kalingalinga and also those at the great East Road bus stop who have no toilets.

The trend is also common in most bus stops where there are traders in addition to street kids that defecate in disposable water bottles or plastics that are later disposed in drainages.

A female trader at UNZA bus station who sought anonymity admitted that they were finding it difficult to answer to the call of nature as there were no toilets around and had to use toilets at the East Park Mall while sometimes they use what she called initiative, a statement that suggested some unhygienic disposal of human waste.

Speaking in an interview with Lusaka Star the trader appealed to the council to put up mobile toilets in places where traders have been allowed to work from.

She also appealed to the Lusaka City Council to consider putting up toilets in busy bus stops as people sometimes need to answer to the call of nature while waiting for buses.

“It would be a good idea if the council could bring us mobile toilets so that we don’t  have to move every time we want to use the toilet because leaving our merchandise for a long time in search of a toilet affects our business” she said.

And an investigation at the UNZA bus stop revealed that some of those running mobile money booths used containers kept in the booths to answer to the call of nature.

This suggests that these containers are emptied openly within the vicinity of the bus stops.

Mr. Chitambo said the construction of the toilet at UNZA bus stop should be extended to other busy bus stops to enhance hygiene in the city.

“This is not a safe working environmental, in ever working or trading place there people need to have a toilet and water so that they can work well,” Mr. Chitambo said.

But Lusaka city council Public Relations officer George Sichimba said bus stops are places where buses are supposed to drop people and proceed to the next point until they reach their final destination which is the station hence they are not expected to spend a long time at bus stops.

“We have made sure that all the stations have proper toilets because we know people wait for buses there and a station is very much different from a bus stop,” Mr. Sichimba said.

Mr. Sichimba added that people who are trading from bus stops are there illegally as those  are not designated for trading.

Mr. Sichimba stated that there was no need for people to trade from bus stops when there are so many market places around.

He further stated that the council was still building markets around Lusaka so that people can sale from these points.

“We are currently talking to private companies that have mobile toilets so that they can be putting around the central trading center,” Mr. Sichimba said.

With all these concerns of poor sanitation and lack toilets in trading places whether designated or not, it is important for government to quickly address the problem of toilets in public places to avoid a re-occurrence of Cholera during the forthcoming rain season.

The council should not just fold its arms and say bus stops are not designated trading places but should do something as long as there are people trading in bus stops or else the country may have another Cholera outbreak.

The Electoral Commission of Zambia (ECZ) yesterday commenced the 10th delimitation of constituencies, wards and polling districts in Lusaka province.  In a speech by ECZ...