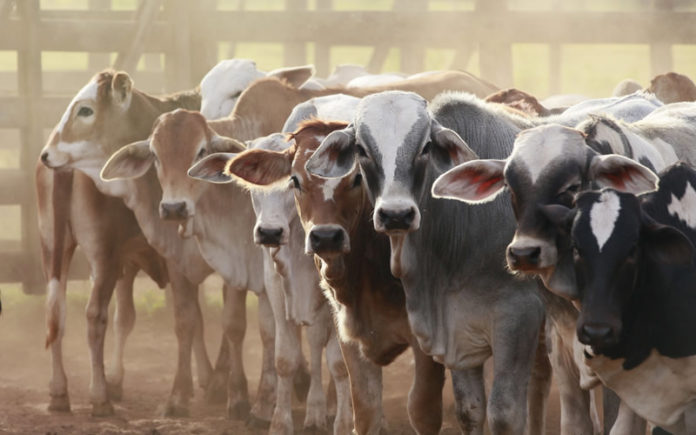 Zambia Nation Farmers Union (ZNFU) says the Ministry of Fisheries and Livestock has sought measures to control the outbreak of Foot and Mouth Disease in Monze, Pemba and other surrounding areas in Southern province.

ZNFU Public Relations Officer Kelvin Kaleyi said the matter was reported three weeks ago when it was noted that some animals were having symptoms of foot and mouth disease and since then, the ministry has been acting on the cases.

“After having the animals tested for foot and mouth disease, the Ministry wanted to start the vaccinations but vaccines were not available and had to be imported,” Kaleyi said.

“I’m delighted to state that the vaccines are now in our custody and the vaccination exercise has started and all bio-security safety measures have been put in place,” ZNFU PR said.

Mr. Kaleyi said that spraying of the affected animals was being done at all check points in-between towns such as Pemba, Monze and Mazabuka respectively.

“The Ministry has taken stringent measures such as having no animal slaughtered in areas that have the outbreak of foot and mouth disease,” Kaleyi said.

Mr. Kaleyi said that the bio-security measures go as far as letting carcasses of animals be transported only through the check point and none of the transporting vehicles are allowed to stop in affected towns..

“Carcasses from elsewhere like Livingstone were being allowed to pass through areas like Mazabuka and Monze but without stopping in the affected areas until they reach their final destination,” the PR said.

Mr. Kaleyi said that the verification certificates from the department of veterinary medicine are being issued.

“Inspections were also being done when loading and off-loading animals at final destinations so that all possibilities of moving the foot and mouth disease from one area to another are ruled out,” Kaleyi said.

Kaleyi further said ZNFU is happy that the vaccination has started and that it is at its highest pick.

“Bio-security measures are still on high alert, both ZNFU and the Ministry of fisheries and livestock have not relaxed, ZNFU is in the task force together with other players such as farmers and the Department of Veterinary Medicine in the area. So we are praying and working hard at the same time to ensure that we will vaccinate and treat animals so that the disease is contained,” Kaleyi said.

Kaleyi also added that the ZNFU suspects negligence from the farmers when taking care of cattle and this resulted in the continuous outbreaks of the disease.

He stated that ZNFU has requested the Ministry of Fisheries and livestock to carry out a forensic investigation into the matter, to trace where the disease started from and take measures so that negligent farmers are penalized.

Mr. Kaleyi has encouraged animal farmers to take responsibility of their animals, and called on all livestock officers to quarantine animals when they notice any symptoms of foot and mouth.

Preparations for the forth coming United Nations World Tourism Organisation (UNWTO) General Assembly have intensified as the council in the tourist capital receives moneys...