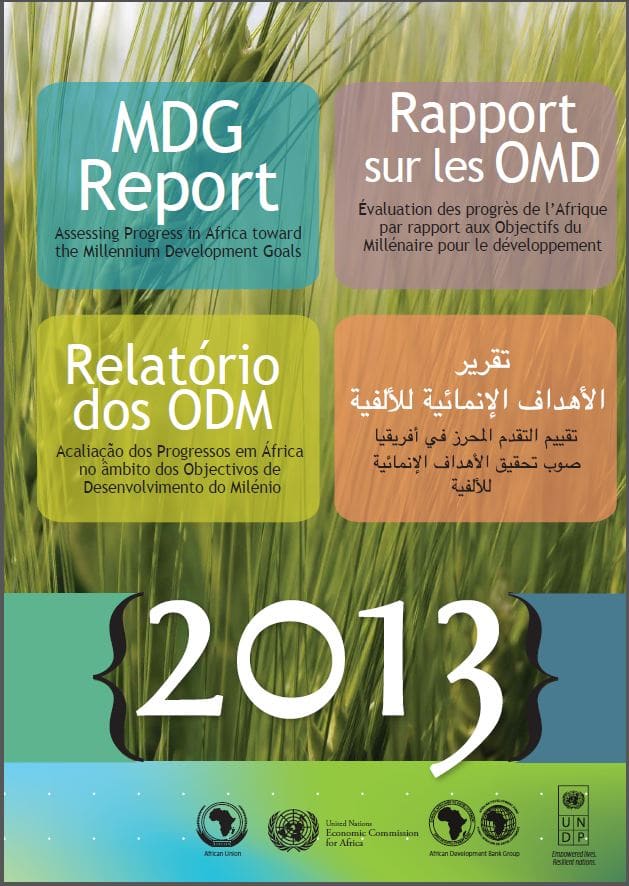 “In 2012, most of Africa was identified as having serious to alarming levels of hunger on the Global Hunger Index. Food insecurity has played a large role in slowing progress on the health MDGs, especially for children and mothers. Climate change, political instability and population growth are among the contributing factors. The continent’s population is increasing so rapidly that countries might not be able to produce all the food they need,” report said.

With less than 1,000 days until the 2015 target for the MDGs, the report takes stock of Africa’s overall performance on the MDGs and identifies the best performing countries by indicator, based on progress relative to each country’s initial conditions.

Globally, in 2012, 15 of the 20 countries which made the greatest progress on the MDGs were from Africa. Countries such as Benin, Egypt, Ethiopia, Gambia, Malawi and Rwanda are making impressive progress on a number of goals and targets.

The report concluded that it is imperative that countries continue to learn from one another since countries that have sustained, equitable growth, with political stability and human development-oriented policies, are doing well in most of the goals.

Government's decision to open examination classes and critical grades by Thursday 5 August 2021, has raised concerns from various stakeholders across the country. In an...