King Jay is back in his right place, the music industry and determined to release an album late this year after being off the industry for a long time.

In an interview with Lusaka Star, Fanwell James Ndhlovu popularly known as King Jay revealed that he is not taking any chance with his come back and will be releasing a music video next month titled ‘Mukabwele Mukazionele’, a wedding song and has called on his fans to expect a full comeback.

The artist known for his popular hit song ‘Ba Phiri baka bwela’ which featured Bob Mabege said he has been quiet raising funds to promote his music.

“In music, someone has to put in a lot of effort and money to promote and be successful and that is why I decided to take a break to raise some finances for my music,” he said.

He added that great musicians are never forgotten by their fans becuase of their great works and once they are back on the scene, fans will still come back to them and give full support.

King Jay is currently working on his second album of his entire life in the music industry featuring the likes of Petersen, Bikilon, Dalisol as well as Richy Bizzy and he has not yet given the album a name.

He came back on the scene in the year 2012 with support from different well established musicians but the songs were not fully supported and did not make it on the market.

“I did some several singles with different artists like Petersen, Bob Mabege, Redlinso, Karasa, and Yellow Man of which I did not support fully and that is why maybe they did not make it as hit singles, but would say they were average.”

King Jay said the 2018 album will give his fans what they expect from his determined work in music and will not be a disappointment.

“This is really something fans should look out for as i took enough time to prepare something special for them, it will not be a disappointment but exactly what they need.”

The album is a combination of gospel and secular music and that he is working on three more music videos to be released before the end of the year.

Unfortunately to him, the period of his disappearance gave a chance to some upcoming artist to use Fanwel’s stage name, King Jay, and he has expressed disappointment over the move by this upcoming and he is yet to find out who really this is.

“It feels bad to share a stage name with someone else and this definitely misleads fans, we all want to win fans. There is only one King Jay,” he said.

King Jay released his first album Vimachitika in 2002, when he was a student at Kabulonga Secondary school, and later in 2004 had his single, Ba Phiri Bakabwela.

a catch up with king jay’s fans expressed disappointment over his mute in the music industry and hope the artist will put in great effort to win his fans back.

“I personally loved his creativity in music, he was real but his disappearance was a big disappointment to us fans and we just hope he has put in much effort compared to the past to even win more fans,” said Valetine.

King jay aims to release a good number of his music video before he releases an album to balance his work and show commitment to the fans.

Previous article « ‘WOMEN CAN DO IT ALL’ – ESTHER CHUNGU MUBANGA 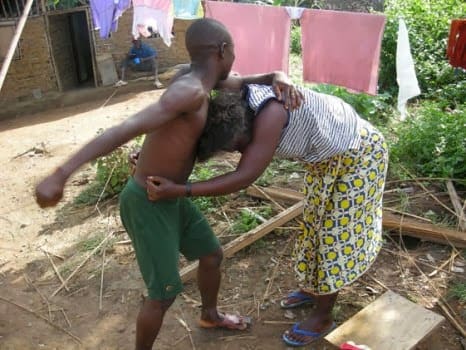 Next article GBV BEYOND PHYSICAL BATTERING »
-->