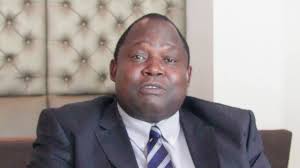 Economic Association of Zambia (EAZ) President Lubinda Habazoka says one of the main reasons contributing to the depreciation of the Zambian Kwacha is that China its major importer has been involved in a trade war with the United States of America (USA) for some time now.

In an interview with the Lusaka Star, Dr. Habazoka said that as compared to other countries, the Zambian reserves are not enough to pay on the market, leading the country to be limited in terms of open market corporations.

He said the depreciation of the local currency can also be attributed to both external and internal factors.

“The worry about investors with the economy of commodity-driven countries such as Zambia is that the demand for commodities will reduce because China’s appetite to import raw materials will also reduce and this is true for the South-African Rudo for the Zambian kwacha,” Mr Habazoka said

The EAZ President further added that state service also has had its effect on the Zambian Kwacha.

Dr. Habazoka said it was unfortunate that Zambians politicized a lot of things therefore not finding concrete solutions in areas that affected the economy.

Chess Federation of Zambia (CFZ) President, Mukubolo Chilufya has disclosed that the chess league is set to open this weekend in Lusaka. In an...