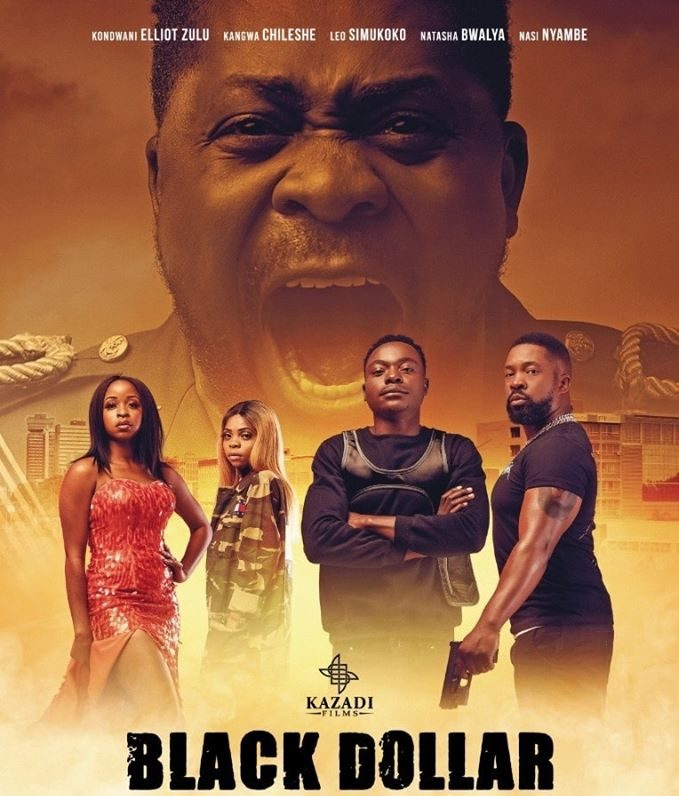 A path that seemed to have an unclear future has yet again yielded into something admirable and light warming.

From acting in school plays and church, Natasha Bwalya has beat the odds and has landed her self a leading role in the highly anticipated Black Dollar film.

The actress revealed that her confidence in film was resuscitated after her class teacher grouped the class to come up with a play.

“I remember when I was in grade six, our teacher wanted the class to do a play and I played the male of the group and everyone was amazed by how I perfectly played the role”, she said.

From that moment, Natasha made a foundation for herself and her love for theatre grew since then.

“Chelspark had singing, dancing and acting and I was part of all of them, we represented the school in alot of Inter-school events mostly held at Munali Boys Secondary School within Lusaka”, she recalls.

After secondary school, Natasha who is now a final year journalism student at Evelyn Hone College, started looking for greener pastures and branched off to film.

“I took a back seat from theatre as I was not with my high school friends, started auditioning for film and got a number of them along the way although they did not materialize”, she added.

As she awaited for call from various film productions, Natasha later joined her college drama group.

Interestingly after the long the wait, an audition call for actors and actresses for Black Dollar film were put out on several platforms and aspirant actress took a leap of faith .

“My aunt saw an advertisement and told me about the Black Dollar auditions, I became skeptical about auditioning for black Dollar because of the previous ones I did,” she said.

Meanwhile, as people flocked in and out it was time for her faith to manifest as the scripts were handed over to her.

“Before I was handed the script, I was asked what my name was and surprisingly I found myself auditioning for the character by the name of Natasha like my name,” she said.

After mastering of the script the eventual day of the shoot came and the actors and actresses were summoned by Kazadi Film.

“When the shooting process begun, the director was amazed by my abilities and applauded me for the good work and I was picked there and then”, she narrated in a cheer.

The movie is scheduled for release in cinemas on November 24, this year.

Kuyamika – Voices of Praise will feature music from the amazing gospel artists from the African continent and some international flavour. DIGITAL Satellite Television...