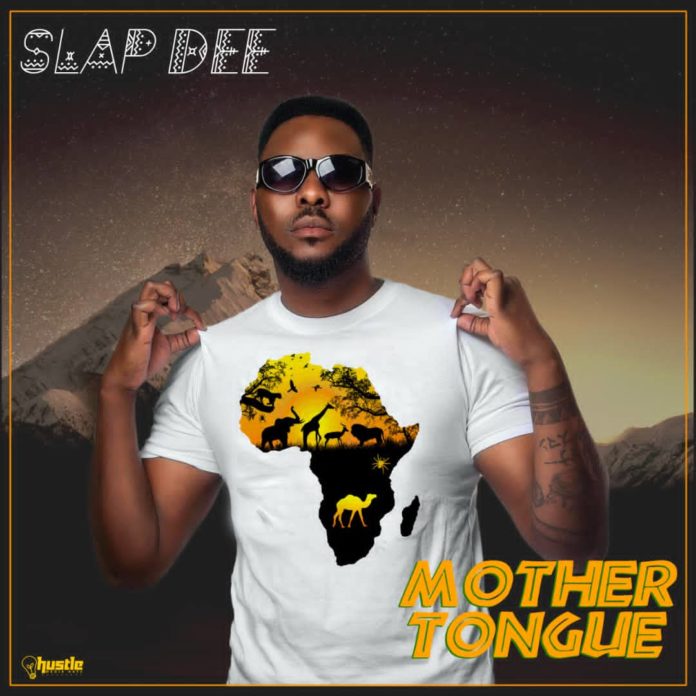 Imagine a world of people not ashamed of their native language. A world where different cultures, colours and races meet and effortlessly light up the world through embracing each other’s tongue, were shadows of ancestors cheer the moment you speak in your local language.

Imagine the beauty of having to speak English with colleagues and switch to a local language whilst high fiving each other without blemish. It sounds beautiful, right?

One’s mother tongue, or simply native language, allows everyone to explore the different sounds, languages, and feelings of words that remind us that it is not just something we learn as we grow up, it’s something that leads us beyond what words can convey when we speak.

This month, Zambian heavyweight hip-hop artist, Slap Dee, has served the industry with the true meaning of mother tongue. In his album, Slap Dee chooses to embrace cultural diversity and uses it to say those beautiful words and phrases, loud and proud with other featured artists.

Something worth calling ‘intense’ because it awakens proud emotions towards one’s native tongue.

In an interview with the Lusaka Star, the Hip-hop artist said that people are starting to run away from vernacular rap, thinking it’s the modern way of doing things.

He said that through that misconception, he decided to go against all odds.

So I thought we needed to be proud of our culture, our languages, embrace our African culture and take it outside to the rest of the world,

That’s how I came up with the title, ‘Mother Tongue.’

He added that in his quest to embrace his native language, he used Nyanja, Bemba, Tonga and a little bit of Swahili in the album, with the hope of giving upcoming artists a reason to remember their roots.

Furthermore, as Slap Dee explained the mystery behind his album, he said that mother tongue helps people express themselves in a good way without any difficulties.

The best way to express yourself is in the mother tongue,

It’s for a reason that when somebody beats us or when we accidentality hurt ourselves, we shout ‘Mayoo!’ because it’s the best way we can ever express ourselves.”

Slap Dee further elaborated that in a situation where people are really angry, they start cussing or talking in their local language, adding that if at all they start cusses in English, they are not really upset.

The artist said that everyone has the right to use their own mother language to keep the memories and traditions, as this is an instrument in preserving and developing both tangible and intangible heritage so as to give everyone a sense of belonging.

All lingual and cultural societies exist through their languages which pass on and preserve traditional knowledge and cultures in a sustainable way,

Slap Dee prides himself in native language storytelling because it not only evokes emotions and shapes who we are but connects us to other people. This can be seen in one of his songs where he featured a South African singer, Busiswa, in a song titled ‘Savuka.’

Meanwhile, the hip-hop artist in his new and best selling album has so far shown his diversification through preserving cultural heritage. This is an album containing different languages and tribes, 19 songs with different artists but mostly upcoming artists who decided to embark on a mother tongue journey alongside him.

One would wonder how Slap Dee and other featured artists switched tongues from English to Tonga, Tonga to Nyanja and Nyanja to bemba and then back to English smoothly.

The switch-up of languages was well written, alluring to one’s ears when rapped eloquently and gracefully. The English language wasn’t able to compare to one’s enticing well-spoken mother tongue.

He said the aim was not to make a hit or ‘club banger,’ but to only make good music for the new album.

Sometimes I would go to the studio wanting to make a song that would bring change and make everyone want to dance,

I guess that’s why it has been a bit successful, because we were just making music.

Slap Dee further explained that the reason he included a lot of upcoming artists was because of their vibe, adding that it is also important to give them an opportunity.

If someone had not given me an opportunity, I wouldn’t have been where I am now,

he said, reminiscing on his own journey.

I thought it would be wise and important to include the young Natasha Chansa as well as other young artists.

He added that Zambia has a lot of young talented artists and that it is unfortunate that they are rarely heard of in big artists’ songs. He said the reason could be that built up musicians only want to feature their fellow established artists to get more likes, compared to the likes they would get if they featured a young upcoming artist.

The focus of this album for me, was to make the best music and not about featuring famous artists. I wanted to get the best quality of songs and not quantity,

He further eluded that his album has good music with good people, adding that most of them are young artists and producers.

On a lighter note, Slap Dee through the inspiration of his album has urged his fans and followers, as well as those who don’t embrace their mother tongue, to embrace the thickness of its accent adding that everyone should hold on to their mother tongue as tight as they can as this world will do its best to change one’s identity and oppress culture.

Share
Facebook
Twitter
Linkedin
WhatsApp
Previous articlePOMPI, ESTHER CHUNGU OFFICIALLY OFF THE MARKET!
Next article…TO SAVE OR SERVE? HOW UNZA SAVED THE ACADEMIC YEAR BUT FORGOT TO SERVE STUDENTS!

Hard news The Road Development Agency (RDA) has warned against the continued illegal settlement of people near roads as it is contrary to the...