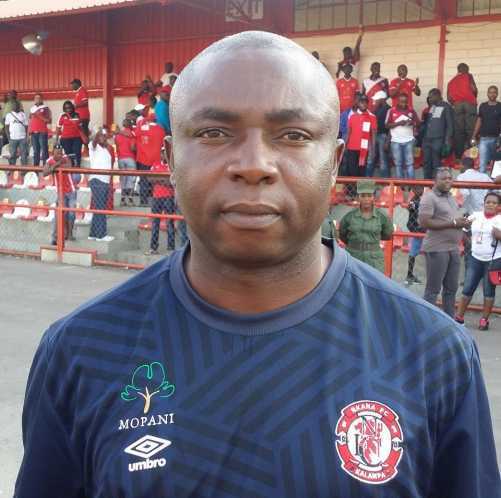 Speaking in an interview with Lusaka Star, Chiyangi said the plan was to win the away leg with a big margin and reduce pressure in the return leg to be played in Lusaka on October 18, 2019.

“We are not worried with fitness levels of the players because they are playing at their respective clubs. What is important for us is to make sure we focus on winning the game. We are going for an outright win nothing less,” Chiyangi said.

Chiyangi, who is also Green Eagles coach, has however, warned his lads to be conscious on how to approach the game even as they eye a big win because their opponents have done a lot as of late.

“We have an insight of what to expect and we know they are playing good football. We have to be careful so that we don’t lose the game in Swaziland hence we are not underrating them. We respect them and they want to make history by qualifying but we are equal to the task,” he said.

He added that modern football was not played on paper but on the pitch hence the need for he players to give their best to the country.

Meanwhile, midfielder Bruce Musakanya said eSwatini were not pushovers hence the need for the team to work hard and record positive results.

“It will be a tough game but we are equal to the task. The morale and spirit in camp is high and everyone in camp is looking forward to the game. Yes eSwatini will be home and they are not a pushover of a team but we have to finish off the job in the first leg.

Musakanya scored the winner when Zambia beat Botswana to reach the final round.

Meanwhile, Zanaco strikers Rodger Kola and Chitiya Mususu have been ruled out of this crucial encounter following the injuries they sustained in the Bankers 2-1 win over Bolton City of Mauritius in the Confederation of African Football (CAF) Champions league first leg played in that country

The tournament is scheduled for December, 2012 at the Olympic Youth Development Center Zambia Badminton Federation (ZBF) President, Geoffrey Chawiinga, has disclosed that his...