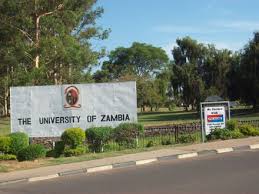 The University of Zambia (UNZA) has formed an Alumni Association to undertake projects of enhancing and renovating the University’s standards.
The public relations manager Mr, Damaseke Chibale Zulu said that the Association was currently constructing a Resource Centre for the University to improve Education standards.
He also said that the Association was raising money to get new edition books for the Library and Operators for Laboratories.
Mr. Zulu. added that the Association had adopted hostels which needed maintenance and renovation and that out the 50,000 graduates of the University of Zambia about 30,000 had kept in touch and were active members of the Alumni operation.
He said it was a forum that provided opportunity to former UNZA students from 1970 to 2017 onwards who wished to assist in uplifting the University standards.
He appealed to students who were currently in their final year to pass through the Coordinator’s office or Assistant Vice-Chancellor’s office and would be provided with immediate information about the operation.
Meanwhile, The deputy Vice Chancellor Proffesor. Enala Mwase said she was looking forward to seeing more alumni’s come forward and join the association.
And Ruth Mfune a fourth year student of the University said such an association was good because it would  help so many people and generations to come.
“I look forward to joining the operation immediately after my studies because it is one way I can pay back the University,” she said.
Ms Chikatizyo Zulu, a third year student said it is a good initiative and appealed to the Association to inform graduating students about it during the graduation ceremony.

On the morning of February 3, six-year-old Sikeva Tobongo of Mushitala woke with burning pain in his fingers. As he climbed out of bed,...