Lusaka StarService with Excellence
HomeNewsPF has failed the people - Opposition 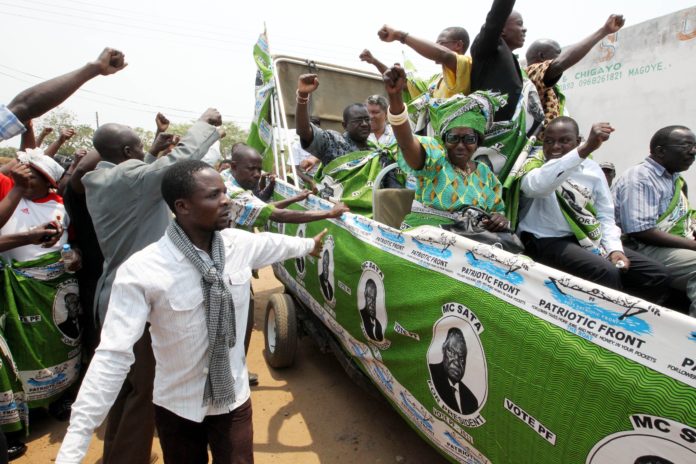 And Rainbow Party Leader claims the only notable thing president Edgar Lungu has done worth commending is his extensive international and local trips.

UPND labour chairperson Percy Chanda has charged that it is not surprising that the PF government is trying to cheat the people of Zambia with their recent promise of creating 500 000 jobs by 2016.

He wondered how the 500, 000 jobs will be created looking at the current poor performance of the economy.

Mr. Chanda alleged that Zambians have lost confidence in the PF government adding that the recent employment creation is a desperate move to lure people into voting them (PF) in office next year.

“If people are predicting that our GDP (Gross Domestic Product) will drop by the end of the year, how does PF hope to create 500 000 jobs for the youth. That is not even a bad dream but mere hallucinations.

“Every normal Zambian knows that the economy is in despondency, jobs are on the line as major industries like the mines are under-performing due to poor economic management of the country and load shedding.

“I am sure they are hearing what we are all hearing on the streets that the PF must pack and leave … they (PF) are panicking because we are drawing nearer to the 2016 tripartite elections,” he said.

Mr. Chanda further alleged that the history of politicians “making grand promises during campaigns and yet only able to deliver very little or nothing at all has led to increased voter apathy particularly among the youth.”

Speaking when he feature on UNZA radio’s Lusaka Star program, the former PF Secretary General charged that the current PF leadership had changed its course, adding that the party now only served the interests of the rich in society.

Mr. Kabimba claimed that Zambians especially the poor were not fully benefiting from the mining sector, noting that investors were keeping the larger portion of the profit to themselves.

“The mining sector is 100 percent owned by foreign investors who also decide how much tax they should pay,” he lamented.

Mr. Kabimba has since said the current situation the country is facing was beyond repair explaining that the economy needed complete surgery for it to survive.

And efforts to get response from the Patriotic Front on the matter proved futile by press time.

Access Bank Zambia has launched "Access Whatsapp Banking" on the market aimed at providing a new and cost effective way of banking. Speaking at the...