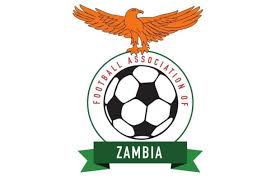 The Football Association of Zambia (FAZ) has condemned the pelting of missiles by some fans on the pitch side of National Heroes Stadium during the African Nations Championship (CHAN) qualifier involving Zambia and Eswatini.

FAZ General Secretary Adrian Kashala expressed complete disapproval towards the behaviour of the fans and noted that punitive measures will be taken against the culprits that will be identified from the footage that was captured.

“As the Football Association of Zambia (FAZ), we would like to condemn the barbaric acts by some fans that threw missiles on the pitch side. We have come very far as a country in cleaning our image and will not tolerate a few individuals tarnishing it by such barbaric acts,” said Mr Kashala.

He stated that fans should know that such behaviour is not only embarrassing but also attracts punishment from the Confederation of African Football (CAF) and Federation of International Football Association (FIFA).

The FAZ Chief Executive Officer added that the Association conducted investigations that pointed to individuals who went to the stadium with a predetermined agenda.

“Sadly our preliminary investigations have indicated that some of the perpetrators of the missiles had a pre-determined agenda regardless of the outcome of the match. We hope that everyone can forge hands and move forward to develop our game,” he noted.

Some fans pelted missiles on the pitch with Zambia leading 2-1 forcing security to barricade part of the field.

The match ended 2-2 with Zambia qualifying to the Cameroon 2020 African Nations Championship (CHAN).

The Zambia Visual Arts has appealed to Government to consider investing in tourism through Visual Arts to help boost the economy. Bonwell Kalilakwenda, a craftsman...