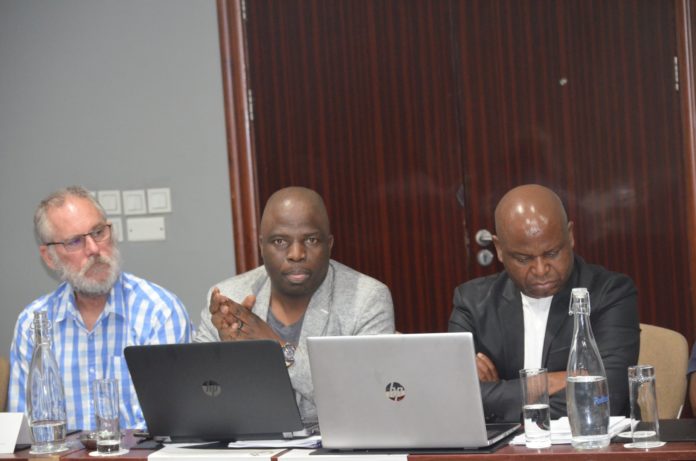 Top FIFA officials are in the country to lay the ground for the establishment of the National Dispute Resolution Chamber (NDRC) aimed at minimizing conflicts between clubs and players around contractual obligations.

FAZ General Secretary Adrian Kashala and Registrar Iva Lengwe have joined club representatives and the Footballers and Allied Workers Union (FAWUZ) team at the workshop conducted by Marco Amezcua, who is a member of the FIFA legal department, and Andres Portabella, who is a FIFA adviser, at Lusaka’s Radisson Blu Hotel.

The FIFA delegation is in the country to facilitate the engagement of professional football stakeholders at national level.

FAZ will join other pioneering associations in having an independent body that will specifically deal with disputes between clubs and players.

A National Dispute Resolution Chamber is an independent arbitration tribunal established at national level within the framework of the association and/or collective bargaining agreement, which is composed of arbitrators chosen by both clubs and players’ representatives.

The NDRC will provide a window for resolving matters between clubs and players before heading to FIFA.
Members of the body will be required to possess some legal qualifications.

The NDRC will seek to resolve employment and contractual disputes, as well as compensation for players where necessary.

Clubs and players will have equal representation on the NDRC board.

NDRCs are established on the principle of equal representation of clubs (employers) and players (employees), to offer players and clubs a faster, specialized and cheaper mechanism to resolve employment-related disputes.

African countries that already have an NDRC are Egypt, Botswana and Ghana.

GOVT URGED TO ENGAGE YOUTHS IN DEVELOPING THE NATION

Zambian youths have called on government to prioritise the implementation of programmes that will enable them to contribute to the development of the...